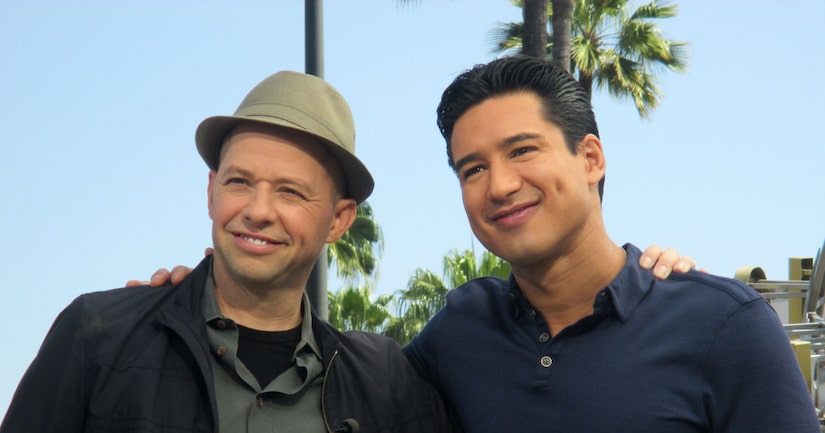 Jon Cryer is giving readers a front row seat at his life with his new book, “So That Happened: A Memoir,” revealing nothing is off-limits -- from talking about his divorce to dating in Hollywood. He recalls a funny moment trying to pick up actress Courteney Cox.

“Extra's” Mario Lopez chatted with Cryer at Universal Studios Hollywood, and asked the comedy star if it was true that his opening line to the “Friends” star was that he saw her in a tampon commercial.

“Yes, that's the opener. She was in a tampon commercial. I stand by the choice,” Cryer deadpanned.

The “Two and Half Men” actor also writes about his wild times with former co-star Charlie Sheen, who gave his blessing to the tell-all.

“He was excited about the fact I was writing it,” Cryer said of his “Two and a Half Men” friend. “He gave me permission to use his texts.”

The CBS hit got a second life after Sheen exited and actor Ashton Kutcher stepped in. Cryer already had a connection with Kutcher… he once dated Ashton's ex-wife, Demi Moore.

"It's not the type of opening line you want to tell your new co-star though," Cryer joked, “Hey, how's your wife?”

For more funny stories from Jon Cryer, pick up his new book, “So That Happened: A Memoir,” available now. 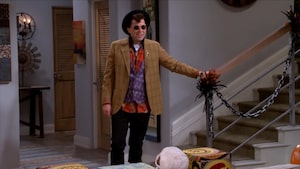 Look! Jon Cryer Goes Full Ducky in the 'Two and a Half Men' Season Premiere