Many fans thought Dennis Quaid's rant might be a hoax, and now the brainchild behind the viral rant has finally been revealed as the website Funny or Die. 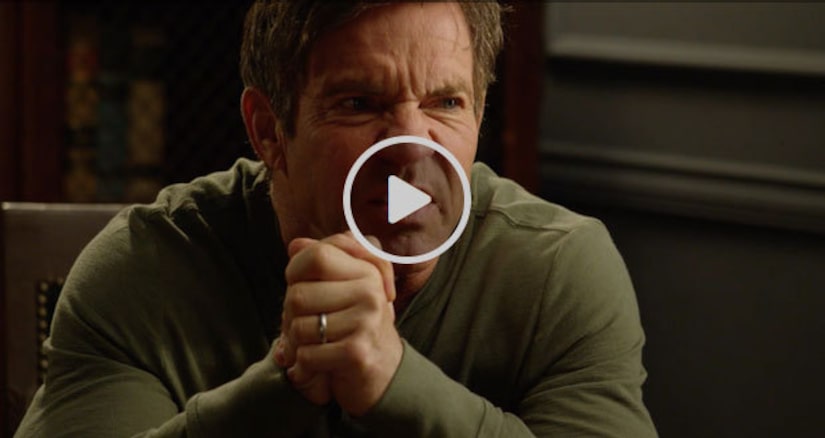 The wild rant had the whole world trying to figure out if it was real or a prank, with David Spade just hinting about the clip just hours before the full release of the video hit the Internet.

Spade also tagged the photo with @funnyordie, giving props to the masterminds behind the viral video.

"Extra's" AJ Calloway got Dennis Quaid's first words on the streets of NYC yesterday after the 43-second video went viral. In the leaked video, the 61-year-old actor is seen having a meltdown, screaming and cursing on what appears to be a set. When asked if the video was real or fake, Quaid played coy with AJ only saying, "I apologize to everyone involved.”

Many thought Quaid's viral rant might be a hoax orchestrated by late-night host Jimmy Kimmel, who addressed the rumors during his show last night, telling the audience that he had watched Quaid's freak-out 14 times the night before and confessed his favorite part of the video was when Quaid exploded on-set at Dopey the D**k.

“You play like fifty pranks and all of a sudden people don't trust you anymore,” joked Kimmel. “Did you ever consider that maybe Dennis was doing voiceover for a new cartoon? That's right – he's playing 'Dennis Duck.'” 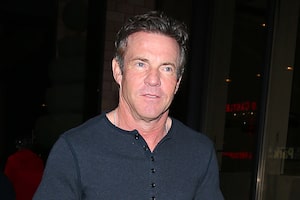 Dennis Quaid’s Mea Culpa for Viral Meltdown, ‘I Apologize to Everyone Involved’ 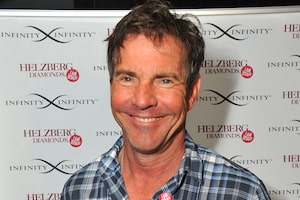