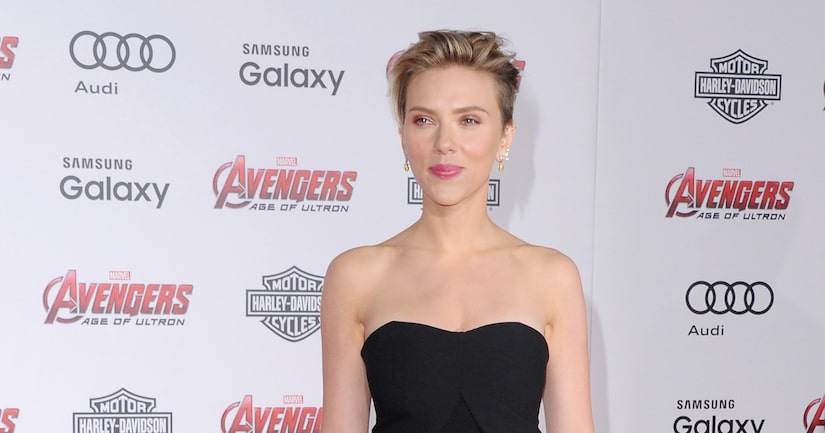 The 30-year-old new mom joked with “Extra's” Renee Bargh about how being a new mom is like being a superhero, saying, “Yeah, at 3am, probably, when I'm like a heroic act, it's going to make me open my eyeballs and crawl into the other room continuously night after night.”

The actress reprised her role as Black Widow in the highly anticipated sequel, and said just because she's a mom now doesn't mean she'll take on different film roles. “Maybe I'll be more discerning with the parts that I choose, because it takes me away from my home, but I'm very lucky I have a gig that I can kind of parent and work at the same time, for now, not many people get that.”

Johansson was also lucky to be on the winning team of Jimmy Kimmel's rendition of “Family Feud” with her “Avengers: Age of Ultron” co-stars. Scarlett, Robert Downey Jr. and Chris Hemsworth beat Chris Evans, Jeremy Renner and Mark Ruffalo in an epic game battle that went viral.

“These guys are pretty competitive,” joked Johansson. “You should see Chris Evans' running Charades game nights at his house; people get bloodied, it's out of control.”

Renee also caught up with the rest of the "Avengers" cast to chat about the movie, check it out! 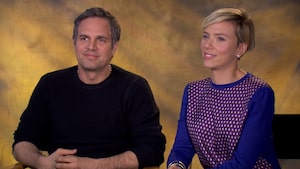 'Avengers: Age of Ultron': Do We Smell a Black Widow and Hulk Spinoff?! 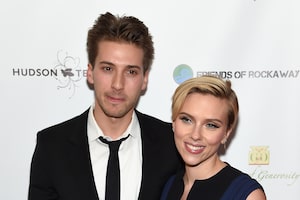 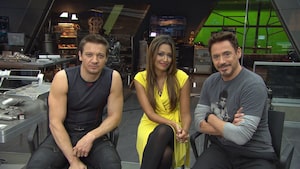 Who Was the Biggest Superhero Super-Diva on ‘Avengers 2’ Set?