UPDATE: When Dennis Quaid was asked about the leaked video at an event today in New York, Us Weekly reported the actor remained mysterious, replying only, "Oh, I'm not gonna talk about that."

Dennis Quaid usually plays the lovable leading man, but in his latest onscreen role the actor was captured being anything but family-friendly as he went off in a 43-second explosive tirade, calling people garbage, zombies and yelling, “Don't f--king 'Dennis' me.” 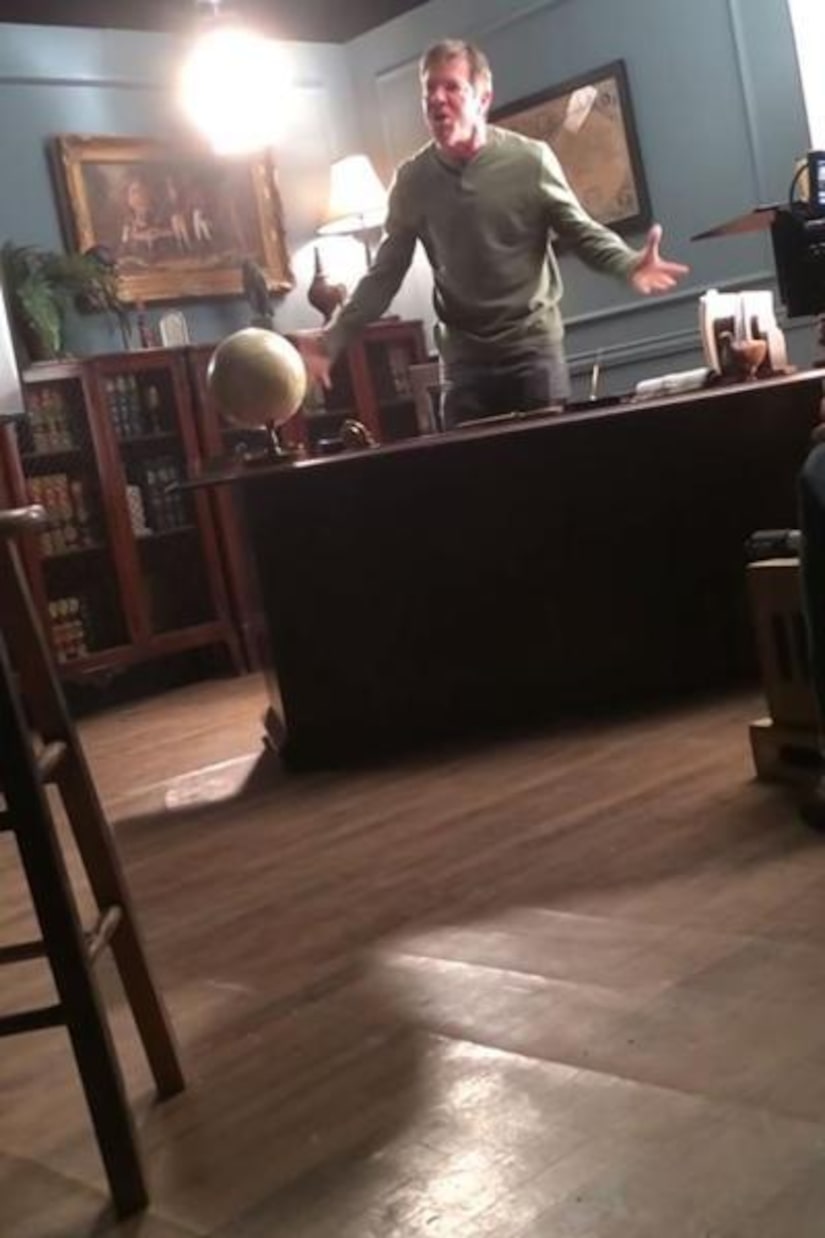 The viral video has the 61-year-old actor presumably on a film set going crazy and shouting at people off camera, saying, “What the f--k? Keep going!”

He continued screaming, “I am acting and this d---head wanders onto my set.”

Someone speaks directly to Quaid, but it only angers the actor more. “I am doing my job here. I am a pro! This is the most unprofessional set I have ever been on!”

It's not clear what movie the actor may be shooting, or if there is any movie at all, since production is long ended on his latest film, “Truth.”

Since the video leaked online, no one from Quaid's camp has spoken out, with some fans thinking it may all be an elaborate hoax set up by “Jimmy Kimmel Live.”

“He has outdone Christian Bale,” one commenter wrote. Another insisted, “I still have my suspicions that it's a Jimmy Kimmel prank,” while another said, “This was his best performance in ten years.