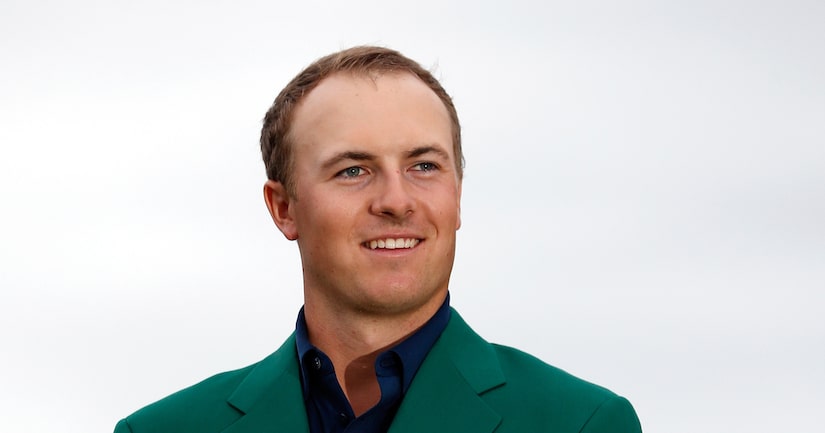 After a record-breaking game on the green, 21-year-old Jordan Spieth won the Masters in Augusta, Georgia on April 12.

Many of you might not be familiar with Jordan, so we put together a list of 5 things to know about this great golfer:

1. Jordan became the second-youngest player to be awarded the Masters' green jacket after achieving a 72-hole score of 18-under 270, the same score that gave Tiger Woods his first green jacket back in 1997, also at the age 21.

2. The former University of Texas student recently bought a $2.3-million mansion in his home state that reportedly has a 288-bottle wine cellar.

3. The golfer's girlfriend, Annie Verret, was his high school sweetheart. The two seem like your typical young couple posted pics on Instagram and giving shout-outs to one another on Twitter.

4. Playing sports is in Jordan's genes. His father played college baseball, and his mother played basketball. Jordan was photographed picking up a plastic putter as early as 1995. He also predicted his Master's win when he was just 14.

5. Many may think Jordan is the star of the Spieth family, but his big brother thinks that title goes to his 14-year-old sister, Ellie, who has special needs and inspired Jordan to set up the Jordan Spieth Charitable Fund, which raises money for special needs youth, military families and junior golf.

“Being Ellie's brother humbles me every day of my life,” Jordan said on his website. 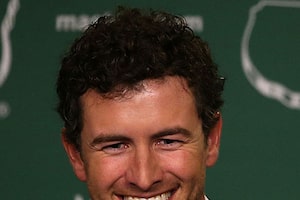 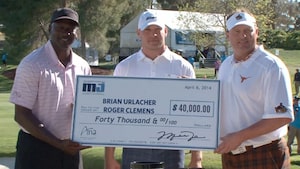 Watch! Celebs Get Tee'd Off for a Good Cause at Michael Jordan Golf Invitational 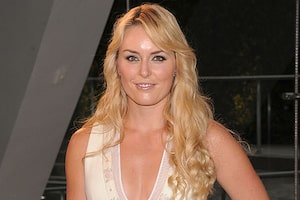