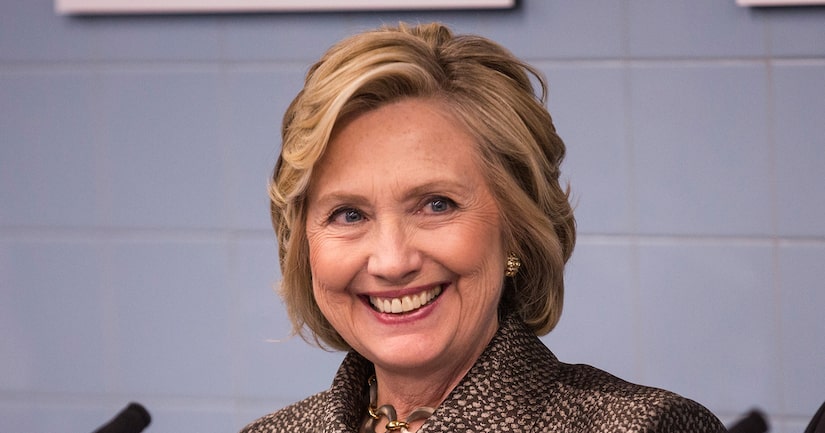 Former Secretary of State, Senator from New York and First Lady Hillary Clinton has taken to social media to announce a second run for the White House.

In a video released on April 12, Clinton said:

"Americans have fought their way back from tough economic times. The deck is still stacked in favor of those at the top," Clinton said in a video message posted to her new campaign website on Sunday. "Everyday Americans need a champion, and I want to be that champion."

Shortly before the video was released, an e-mail message was sent to supporters.

"I wanted to make sure you heard it first from me -- it's official: Hillary's running for president," said the message. "She is hitting the road to Iowa to start talking directly with voters. There will be a formal kickoff event next month, and we look forward to seeing you there."

Yesterday, President Obama said of Hillary: "She was an outstanding Secretary of State. She is my friend. I think she would be an excellent president."

Amy Schumer @amyschumer posted a picture with Hillary and the caption: "Hey if you've got nothin else goin today. I can get you backstage at the #MTVMovieAwards"

Hey if you've got nothin else goin today. I can get you backstage at the #MTVMovieAwards @HillaryClinton pic.twitter.com/FiaGAsJ3QB

The announcement coincides with the paperback release of her memoir "Hard Choices" (Simon & Schuster), which has a new epilogue in which she talks about a new role to which she's already been elected: grandmother. Her daughter Chelsea is on and in the May 2015 issue of ELLE talking about Hillary's granddaughter, Charlotte. 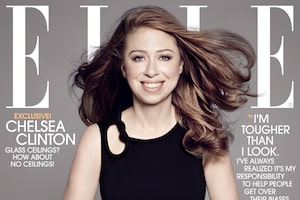 Chelsea Clinton on Motherhood: "What Did We Do Before We Were Parents?" 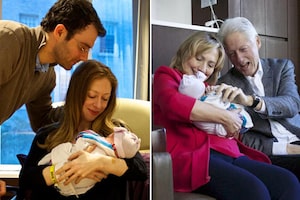 It’s a Girl for Chelsea Clinton!