“Game of Thrones” fans, rejoice! The hit HBO series returns April 12, and Jaime Lannister himself, Nikolaj Coster-Waldau, joined “Extra's” Charissa Thompson at our H&M Studios in Times Square to chat about what fans can expect from season five.

Who lives? Who dies?

Nickolaj, of course, was not giving away too much, playing coy with Charissa and saying only, “Eh, who knows…”

“For Jaime, what's cool is that for people that read the books, this will all be new because my whole story for season five is not in the books, it's something that the writers just came up with,” Nickolaj continued. “Basically, he has to deal with the fact that the end of season four he helped his brother escape, and his brother then went on and killed Papa.”

Nickolaj did reveal one thing about his character's storyline for the season, saying it'll be, “a great journey with a surprising partner.”

Since sword fighting is such a big part of “Game of Thrones,” we couldn't let Nickolaj go without giving Charissa some tips, check out the video! 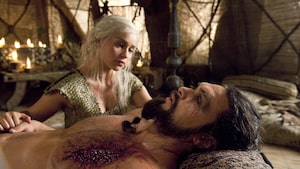 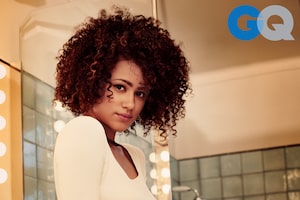 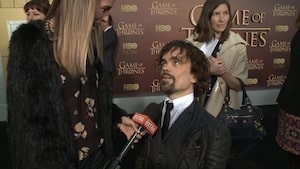