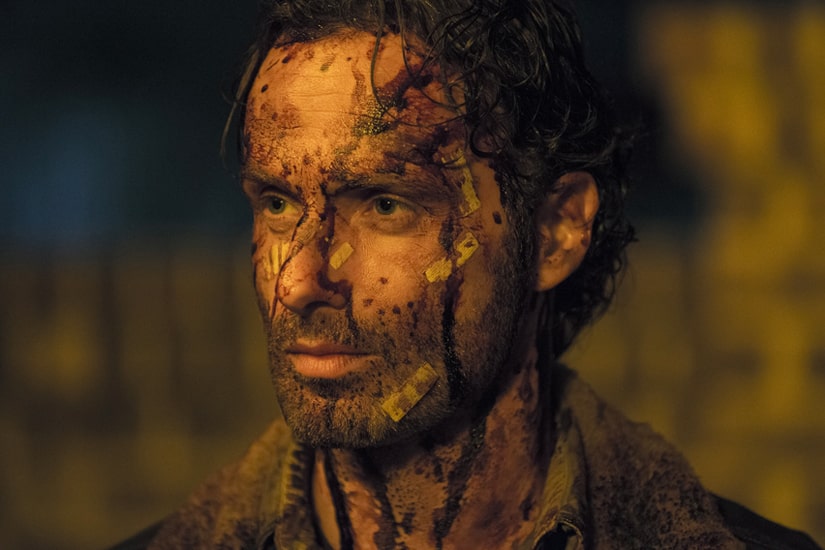 Fans of “The Walking Dead” are still reeling after the epic Season 5 finale.

There were so many edge-of-your-seat moments, from Daryl and Aaron being trapped in a car, to Glenn and Nicholas' showdown in the forest, to Carol pulling a knife on Pete. Oh, and then there was Rick dragging that zombie into the town meeting!

Viewers even got a few more details on Morgan and the loony W cult.

Now, we are looking ahead to the Season 6 premiere, and wondering what's in store. While there isn't a whole lot of information out there, we did find a few fun tidbits.

Showrunner Scott M. Gimple teased the upcoming season on “The Talking Dead,” telling fans in a letter, “In Season 6 for a good while now, humans have been the bigger threat. At the start of our next season, that will change.”

Gimple added, “I said the show reinvents itself every 8 eps, and we're doing it again, friendos. Now that these characters know they have what it takes to survive, what are they going to do with that power? How will they choose to live? Beyond answering those questions, we're currently putting into motion some of our most ambitious stuff yet, and things are going to get very big, loud and scary.”

Gimple hints that zombies will be the bigger threat, we can only wonder if they will be the same ones the W cult is manufacturing!

While Executive Producer Gale Anne Hurd stayed mum on what's in store for the scary W people, she did shed some light on Morgan's past, present and future in an interview with Entertainment Weekly.

“It's interesting in that the Morgan you saw [a few seasons ago] is almost — if you just took a snapshot — the Rick you saw last night: you know, someone who can pull a trigger without thinking twice,” she said. “But he had gone mad. And he has found not only his sanity but he has found almost this warrior peace and acceptance of himself and the world. He has a clearly defined moral code at this point, and what he saw Rick do in the season finale is probably in violation of that.”

Hurd couldn't promise a Morgan backstory episode next season, but said she's hoping for one.

Andrew Lincoln also dished on next season in an interview with Entertainment Weekly. Teasing Rick's relationship with Jessie, he said, “It's never easy dating in the apocalypse. [Laughs] There's a slight bump in the road with the dating. I think the next candlelit dinner could be problematic. We've got a bit to talk about. Only on this show. Its like, 'It's going rather well apart from the fact we almost killed each other in the street the night before. And then I shoot your husband the next day. Anyway, should we move on from here?' [Laughs] I'm excited to read that first scene. I'm glad I'm not a writer on the show.” 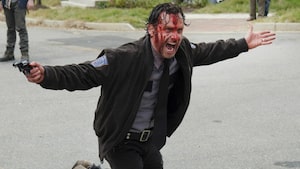 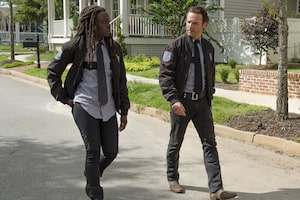 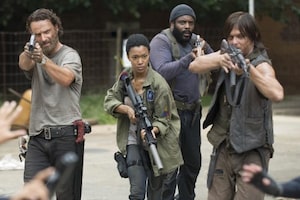