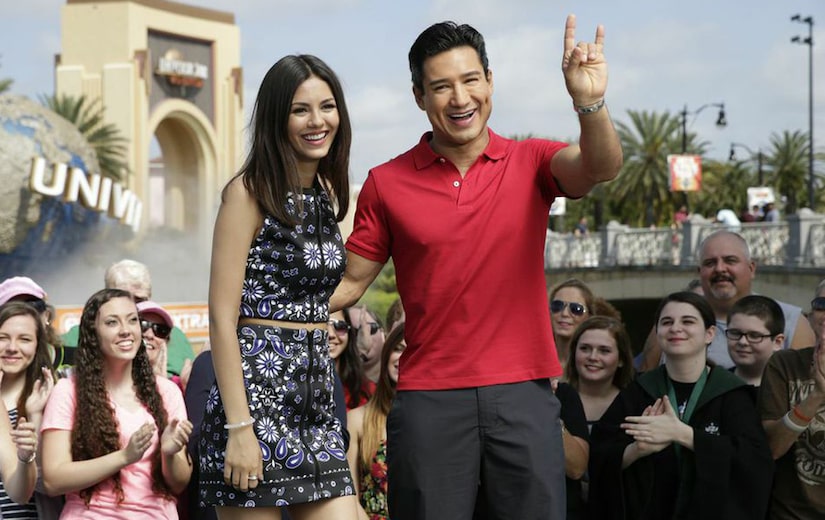 Justice said things are going well for her and Pierson. “We met on the set of a movie, 'Naomi and Ely's No Kiss List,' where he plays my best friend that I'm in love with." Mario commented, “He's good looking,” and Victoria gushed, “I think so.”

Justice added that he has the seal of approval from her family. Mario asked, “Does your mom like him?” Victoria replied, “She does, my whole family loves him.”

Mario then asked the former Nickelodeon star what super power she would have, if any. Her response? “I feel like when people are either sick or heartbroken, I want to heal them.” Mario asked, “Like Jesus?” She laughed, “I want to be Shesus.”

Justice just wrapped the first season of the cyber thriller “Eye Candy,” playing Lindy, who is chasing down a deadly online stalker. It is a very different role for her. “The most mature role I've stepped into, honestly, I'm so happy with the way it's turned out, I stand by my decision, feel it was the perfect project for me to choose, it's like a thriller drama, suspenseful, dark, and twisted,” Victoria said.

The 22 year-old is proving she's all grown up, flaunting her sexy side on the cover of Kode magazine, “I'm channeling like my inner like Xena The Warrior princess, you know, it's very fierce, that is why I love it, definitely a more sexy mature cover.” 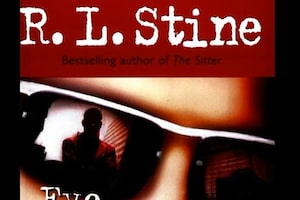 Victoria Justice is Headed to MTV 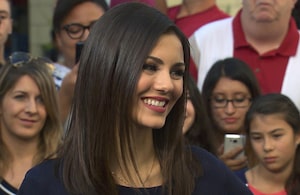 Victoria Justice on Her Sexy New Thriller 'Eye Candy,' and Living in NYC 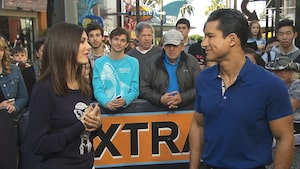