Jennifer Lopez is weighing in on the nationwide fashion battle that began here at “Extra.” 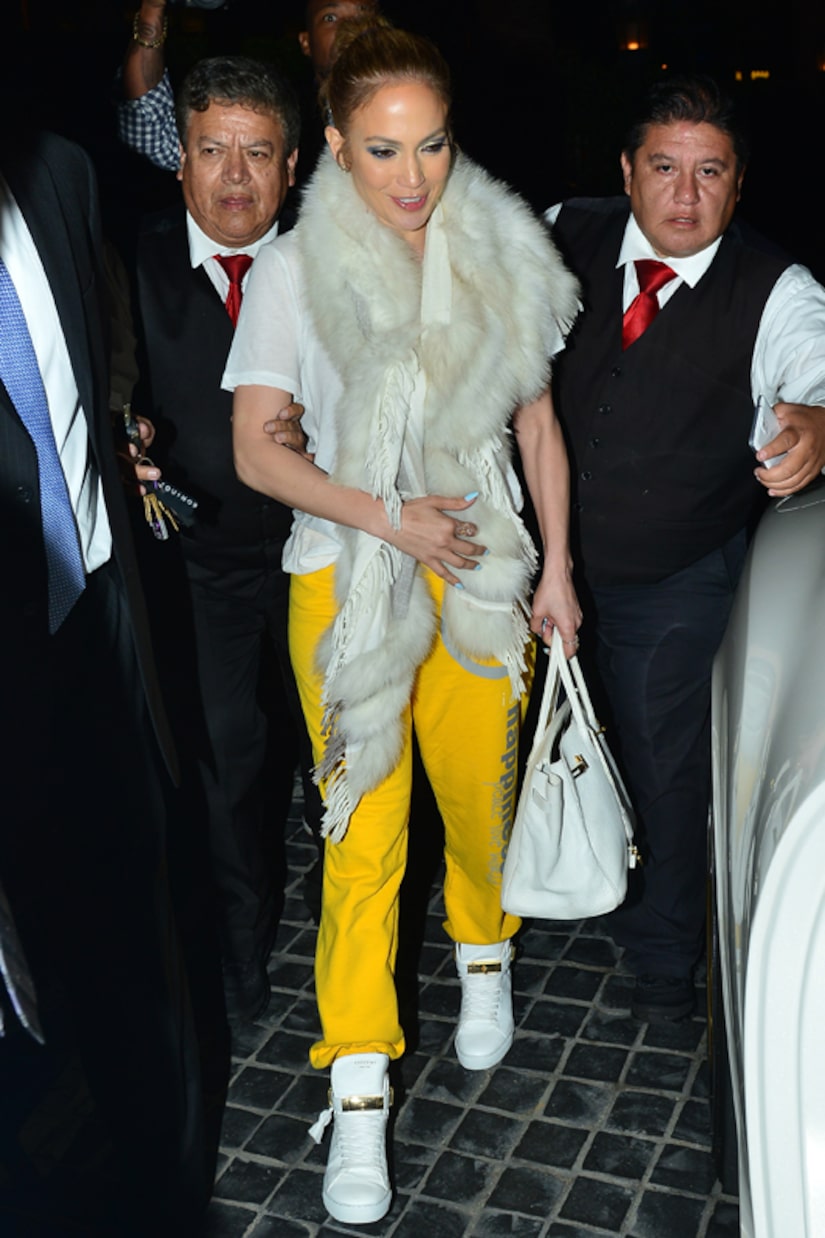 Last week, Eva Mendes joked with “Extra's” A.J. Calloway that sweatpants were the No. 1 cause of divorce in America, but J.Lo thinks she's “100 percent wrong”!

“I live in sweatpants,” she told “Extra” while at the “Home” premiere in Los Angeles, adding, “Men like that jiggle. I think she's 100 percent wrong.” 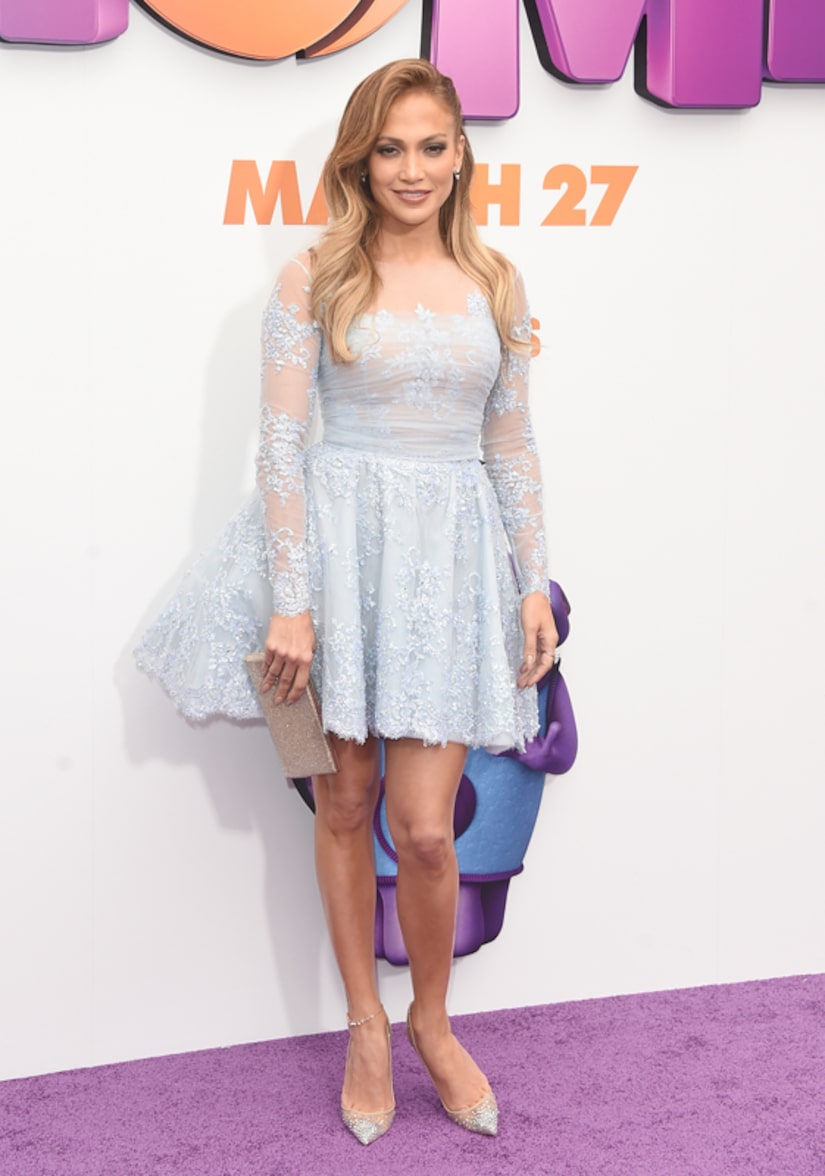 Of course, Lopez wasn't wearing sweats on the “Home” red carpet. The star dazzled in a baby blue Zuhair Murad dress, with her twins Max and Emme by her side.

The “American Idol” judge even sparked romance rumors when her ex, Casper Smart, was spotted carrying Max after the premiere. 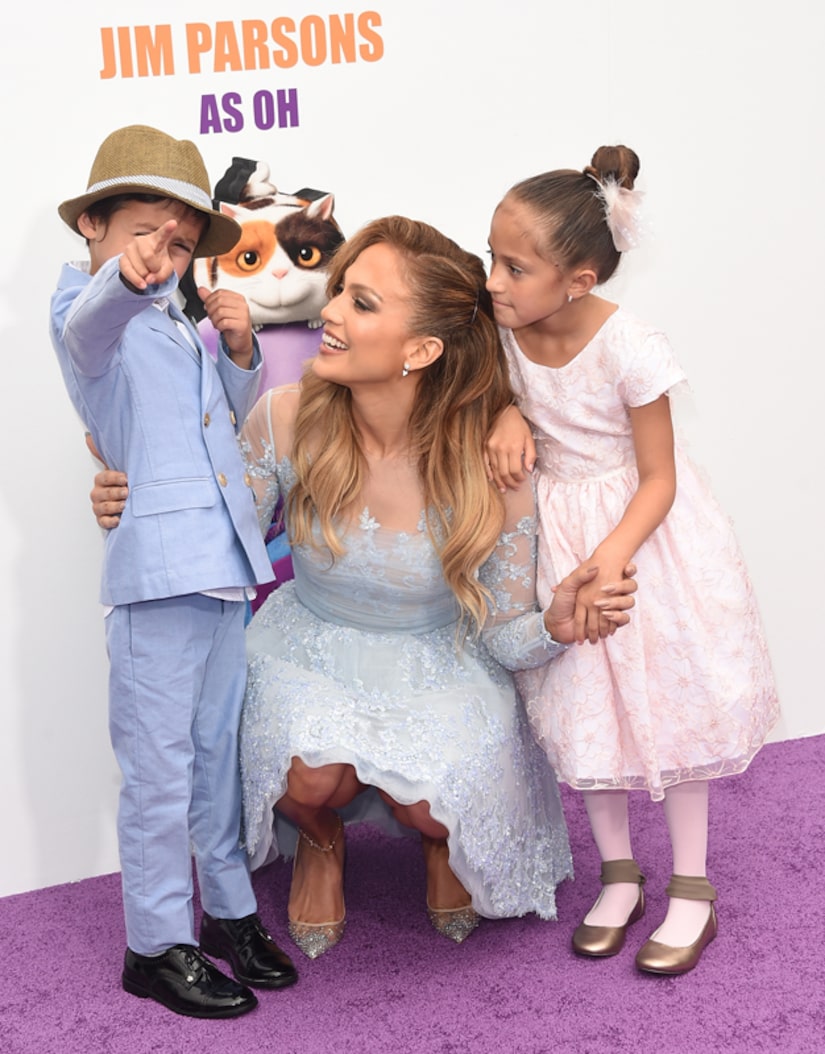 It turns out the exes both worked on the animated film. Lopez voiced Lucy and sings “Feel the Light” on the soundtrack, while Casper helped on dance sequences for the movie. 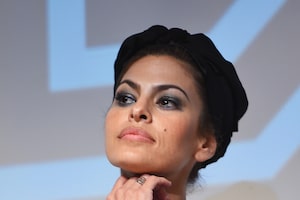