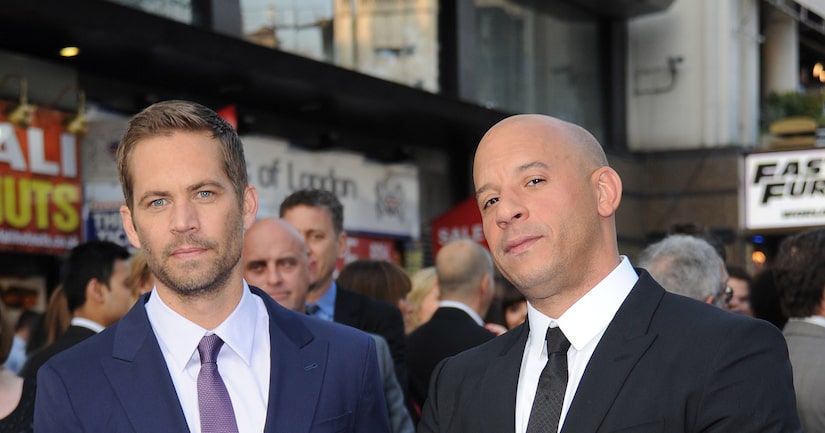 The making of “Furious 7” has been an emotional ride for the cast and crew, since the death of one of the franchise stars, Paul Walker.

On Wednesday, Vin Diesel honored his “Fast and Furious” brother at the first California screening of their last film together.

Vin, who welcomed his third child on Monday, told the crowd, "I had to come from the hospital, and I had to introduce the first screening in California where the whole franchise started."

He explained, "As you know this was a very personal and important film to us, every time when I saw the movie at the premiere, Paul Walker and I would go off to the side, and he would always tell me, 'Vin, the best one's still in the can.'"

Diesel called the movie a “labor of love,” going to say, "It was in some ways the hardest movie that I ever had to do because the relationships that you see on film are so real, when the tragedy happened, I lost my best friend, I lost my brother."

He then became overcome with emotion and couldn't continue. The crowd cheered him on, and one man even yelled, “You've got family here, Vin.”

"I love that, thanks for being my family, thanks for always taking care of us, thanks for believing in us,” he said. “You know what's most important in life. This is our gift to you, but more importantly, it's for my brother there.”

"Furious 7" opens in theaters on April 3. 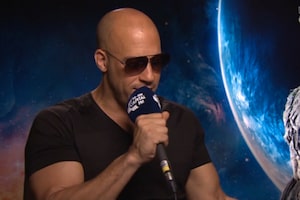 Video! Vin Diesel's Falsetto to Sam Smith's 'Stay with Me' 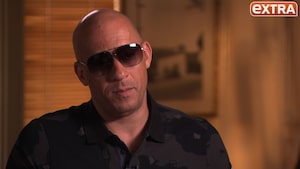