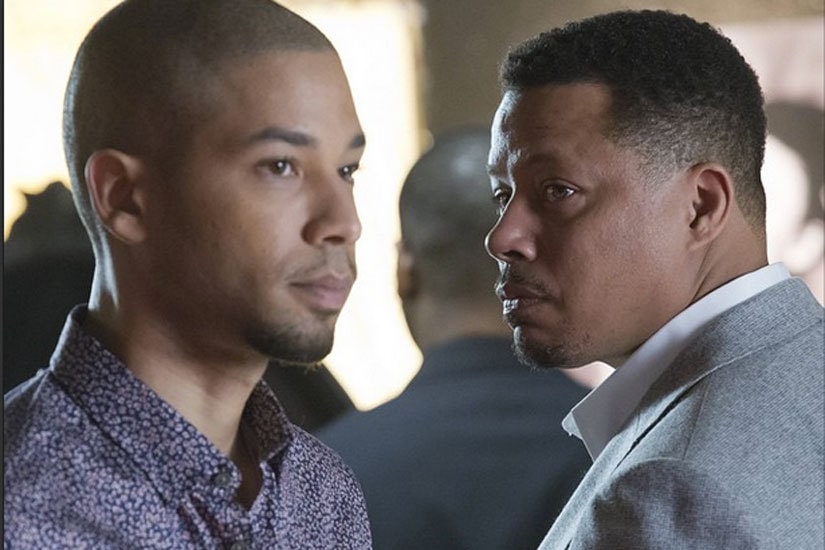 Spoiler Alert: Last night's explosive, two-hour “Empire” season finale had fans floored with its unexpected twists and turns in the plotline, including an unexpected death, a Lyons family member behind bars, and a new head of Empire Entertainment. You could say the Cookie literally crumbed last night.

Here are the five most shocking moments from the “Empire” finale…

1. Lucious Lyon Isn't Dying
Lucious (Terrence Howard) has been preparing to hand off Empire to one of his kin after being diagnosed with ALS. Following all the scheming among the siblings all season long, Lucious finds out it in the finale that it was a misdiagnosis. Lucious isn't the one dying tonight.

2. Jamal Joins Dwight Walker?
Father and son come together and make sweet music, but Lucious still isn't sure about his middle child, Jamal (Jussie Smollett), and puts him to the test. Jamal must not only be the businessman, but the muscle. Jamal dangles Billy Beretti out of a window until he signs over Lucious' original demos. Lucious later reveals his real name to Jamal -- Dwight Walker -- something Cookie doesn't even know. The father/son moment doesn't last long, as cops bust in to arrest Lucious for Bunkie's murder, and Lucious names Jamal his successor.

3. Hakeem Has a New Boo
Hakeem (Bryshere Y. Gray) is no longer daddy's favorite after the finale. After father and son have it out, Hakeem gets payback by possibly cashing in at rival record label Creedmore, and by sleeping with Lucious' ex, Anika (Grace Gealey). Oh no, Boo Boo Kitty.

4. Life and Death
Vernon (Malik Yoba) is out of rehab and ready to be by Lucious' side, but he gets an unexpected surprise when he shows up at Andre's (Trai Byersdoor) door. The two argue, and when it looks like Andre might be the one to fall, Rhonda (Kaitlin Doubleday) comes to his rescue. She hits Vernon over the head with deadly force to save her man. Andre is about to call the police when he realizes Vernon is dead. RIP Vernon. Oh, and we found out Rhonda is pregnant.

5. The Cookie Crumbles
The Empire mama Cookie (Taraji P. Henson) had the most to lose and gain in last night's finale. Lucious cuts her out of the company, she loses her boy Jamal's affection, and has a drag-out cat fight with Boo Boo Kitty, Anika. One good thing did happen for Cookie; she finally got her man Malcolm (Derek Luke) in bed. Cookie may be crumbling when it comes to her family, but it seems like she's making her own sweet music with Malcolm.

The season ended similarly to how it began with a Lyons family member in jail, but the drama is only beginning for Lucious and the Empire family. We can't wait for next season. 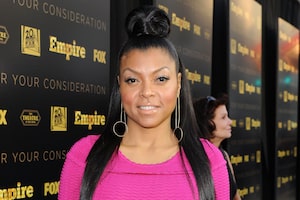 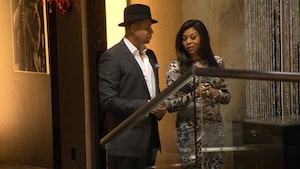 'Empire' Stars Chat with 'Extra' About All of the Upcoming Drama