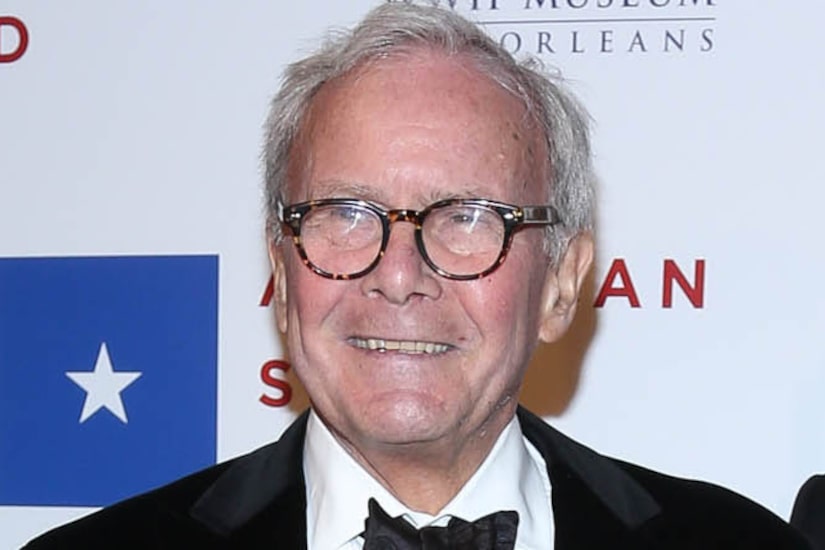 “Extra's” AJ Calloway spoke to Tom Brokaw at the American Spirit Awards in New York City. Brokaw, who was accompanied by Tom Hanks, made his first public comment about Brian Williams' six-month suspension from NBC News after supposedly lying about his wartime reporting experience.

Brokaw said, “I really hope it turns out well for Brian, for NBC news, for all the people involved, it's a process that's underway and we have to end all the speculation and just let the process play out.”

Brokaw and Hanks were on hand to receive the American Spirit Award from The National WWII Museum for their work documenting stories and educating others about World War II.