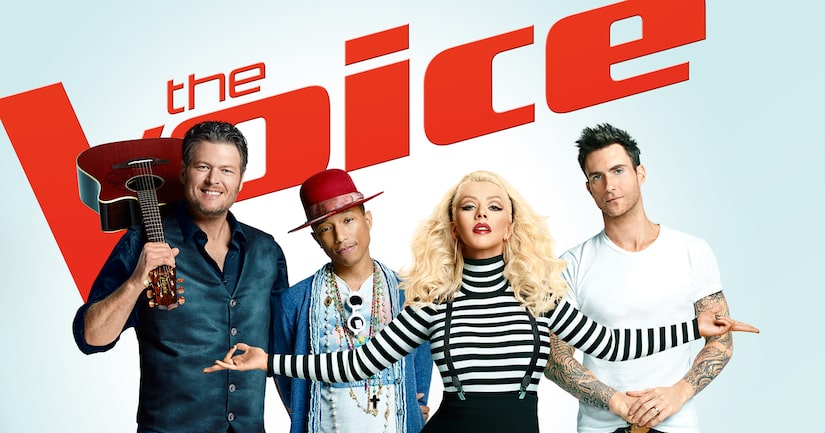 The Season 8 premiere of “The Voice” did not disappoint!

We laughed, we cried… we welcomed Christina Aguilera and the boys — Adam Levine, Blake Shelton and Pharrell Williams — back with open arms.

Of course, the true stars were the contestants who gave it their all, hoping that one of the mentors would turn their chair.

Scroll down for our favorite blind auditions so far!

The first artist to score a four-chair turn was Sarah Potenza. The 34-year-old, who lives in Nashville, wowed the judges with Rod Stewart's “Stay with Me.” After an epic battle between the coaches, she eventually chose Blake.

Rob Taylor, 22, gave a jaw-dropping performance of Luke James' “I Want You,” hitting one insane high note after another. Xtina, Adam and Pharrell turned around, but in the end, Rob chose Christina.

Cody Wickline, a country boy with long hair and a sweet 'stache, proved he was the real deal with George Jones' “He Stopped Loving Her Today.” While all the coaches tried to woo him, he ultimately chose Blake.

Sawyer Fredericks, a long-haired teen from upstate New York, closed out the episode with a soulful rendition of “I'm a Man of Constant Sorrow.” Every chair turned for the 15-year-old, who chose Pharrell as his coach.

Watch “The Voice” Monday and Tuesdays at 8 PM. 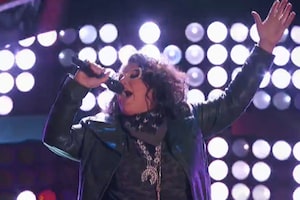 Sneak Peek! Is This the Winner of 'The Voice' Season 8? 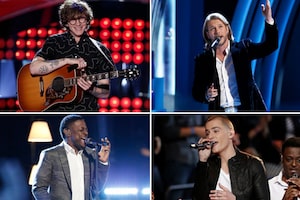 'The Voice' Finale Live Blog! Who Is the Season 7 Winner? 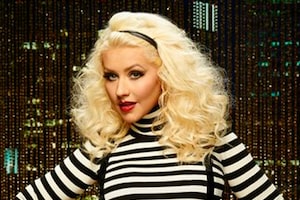 Back in the Hot Seat! Christina Aguilera on Her Return to 'The Voice'