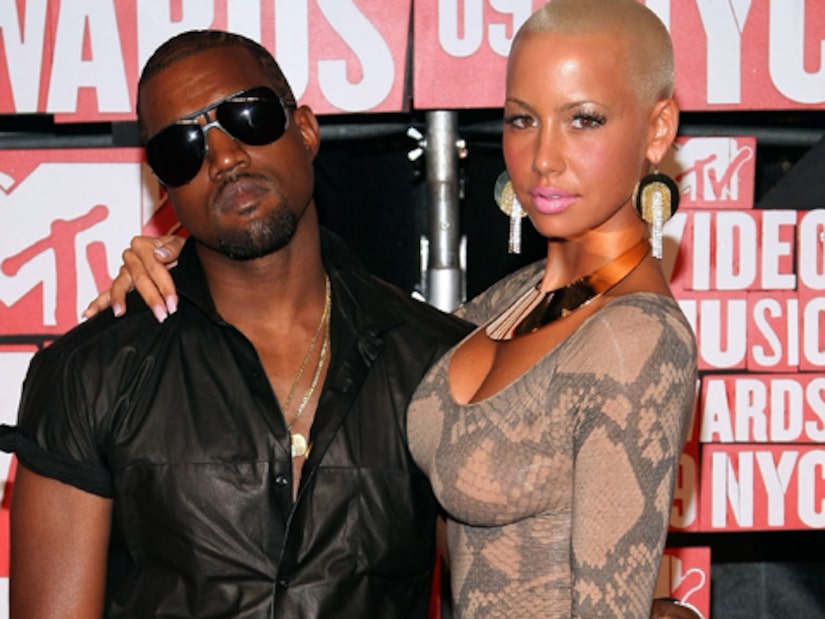 Kanye West isn't afraid to jump into a feud.

The rapper hit back at ex-GF Amber Rose, who called his wife Kim Kardshian a whore while in a Twitter war with Khloé Kardashian.

Kanye told Power 105.1's The Breakfast Club that it seriously bothered wife Kim Kardashian that he had been with Amber first. The two dated from 2008 to 2010.

He said, "If Kim had dated me when I first wanted to be with her, there wouldn't be an Amber Rose."

Then he joked, "It's very hard for a woman to want to be with someone that's with Amber Rose... I had to take 30 showers before I got with Kim."

Khloé's feud with Amber began when the ex-stripper made fun of 17-year-old Kylie Jenner's relationship with Tyga, 25.

When asked about his sister-in-law's relationship with the singer, West said, "I think [Tyga] got in early. I think he was smart."

The Breakfast Club also asked about the Grammys, when Kanye jumped onstage during Beck's acceptance speech for Album of the Year. Kanye publicly slammed the musician after the show.

West admitted that telling Beck to respect the artistry was “completely hypocritical,” especially since he had never even heard his "Morning Phase" album!

The 37-year-old said he was out to dinner with Taylor Swift (imagine that) and Beck's album came on. The rapper said his first thought was, "Man, this is kind of good!"

While he plans to apologize to Beck, he also knows that Beck wouldn't be getting all this buzz if Kanye hadn't jumped onstage that night. So maybe Beck should be thanking him?