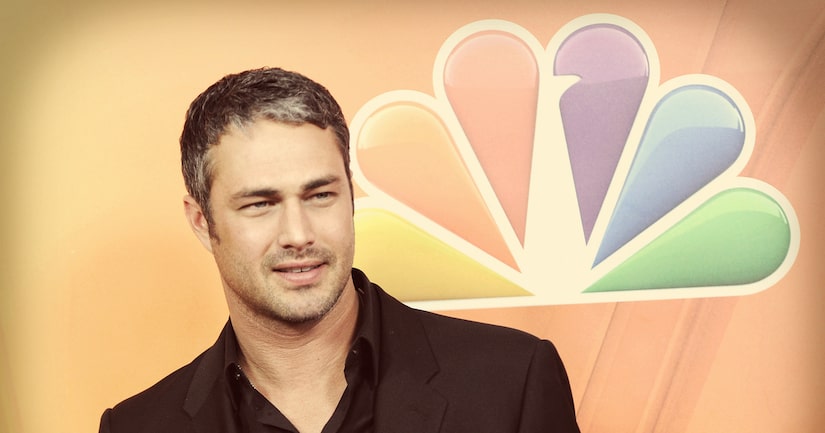 Before news broke about his engagement to Lady Gaga, “Extra” was invited to spend time with Taylor Kinney on the set of NBC's hit show “Chicago Fire.”

Kinney, who plays fireman Kelly Severide, hinted at some secrets and spoilers for tonight's episode. “I have a spoiler for all the fans out there -- a girl from Severide's past comes back to reconnect and she's got a secret about him.”

The actor would not reveal if there will be romance with the girl, but does admit the romantic scenes can be fun and awkward. “As long as whoever you are working with is comfortable and you bring a little bit of levity to the situation… it can be awkward and it is, if you acknowledge it off the bat then it eases any tensions and you go in and go for it, have fun. ”

As for playing Kelly, Kinney said, “I've loved playing him. I spend more time playing a character then being myself… I spend so much time in the head of that character that sometimes the lines get blurred which is a good thing.”

Taylor admitted he even dreams about being Kelly. “I'll have a dream in character where Monica Raymund is Dawson, so if you have a dream with Dawson or Jessie is no longer Jessie he's Casey [referring to Jessie Spencer, who plays Matthew Casey]. Then you're onto something… it becomes really real.”

Kinney was also candid about his real-life encounters with fans. “I remember I went to go see a movie a couple weeks ago, I was getting popcorn or something, and a girl turned around and said, 'Oh my gosh you're real!' I remember she was like, 'Take off your hat, take off your hoodie… take off your clothes, too.' It was just a bizarre thing.”

Kinney added that for the most part, people enjoy the show and dig the character. “It's a privilege to walk down the street and have someone shake your hand because of the work you do. I'm always appreciative.” 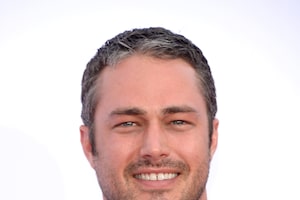 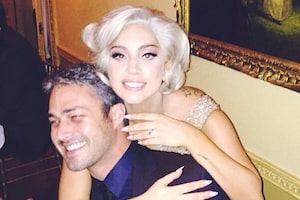 Lady Gaga Engagement: Taylor Kinney’s First Words… and How Much Did the Ring Cost? 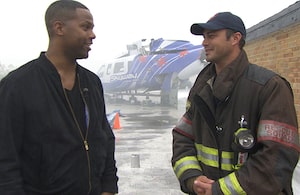 What Taylor Kinney Would Be Doing If He Wasn't an Actor