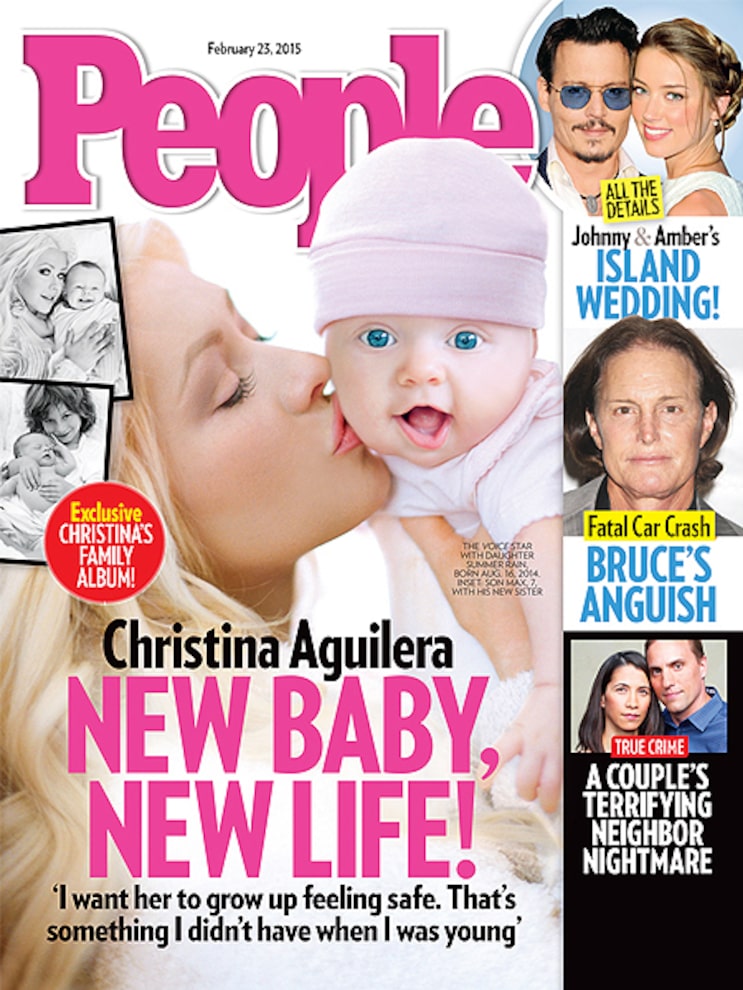 “The Voice” coach Christina Aguilera shared pics of her 6-month-old daughter, Summer Rain, on this week's cover of People magazine… and she's a real beauty!

Aguilera told People that when Summer was born last August, "She was literally like an angel… we had an immediate calm bond, and I felt unexplainably connected to her and her spirit.”

Christina and film producer fiancé Matt Rutler just love their little girl. The proud mom said, “Her smile lights up a room and I know it melts mama and daddy's hearts. She laughs a ton and is easy to make smile. She just wants to be where the action is!”

Aguilera recently told “Extra” her son from her previous marriage, Max, is loving being a big brother. “He's just so endearing and sweet to her, the only thing, I'm like 'Wash your hands before you touch the baby'… you don't want the germs. He's in school, he's 7, there's a little age gap, but it's perfect though, because then they don't fight over toys, but he's the big helper and the big teacher, so he's awesome, he's just so loving and sweet. I'm like, 'How old are you?' He's like a grandma to her, he's just like, 'I'll teach you everything.'”

In addition to returning to Season 8 of “The Voice,” after taking a break, Aguilera is busy creating new music. She's working with fellow coach Pharrell Williams. “During my pregnancy, I had a meeting with him and just connected on where I want to take the next album, and we started talking music, and he has one song in particular that I love.”

Although she's busy at work, Aguilera admitted to People, “It's definitely not easy juggling work and motherhood, as being a parent is a full-time job within itself. You just have to make it work for you. My life has so many different moving parts, but my kids are the center focal piece, and everything else shifts around them.”

For more of People's exclusive family photos and Aguilera's interview, pick up the latest issue of the magazine, on newsstands Friday. "The Voice" premieres February 23 on NBC! 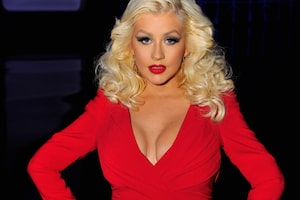 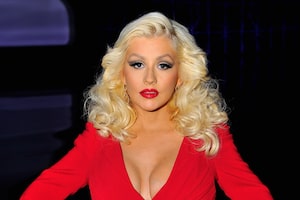 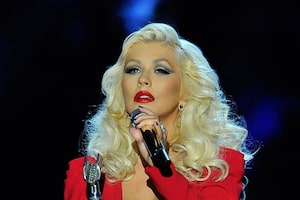