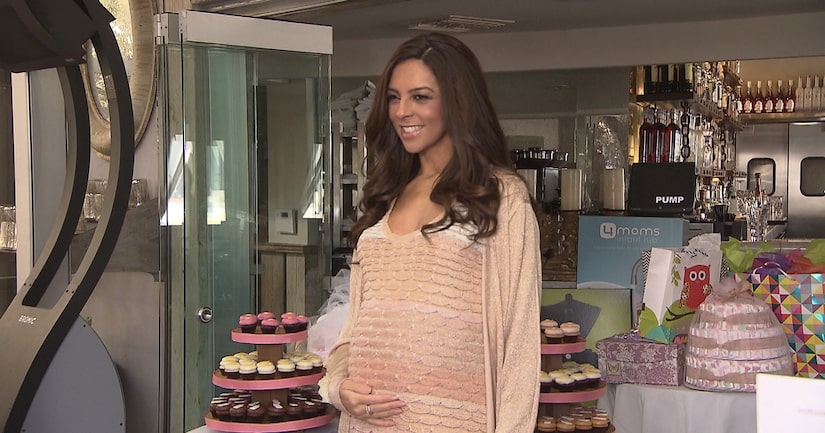 Terri Seymour and boyfriend Clark Mallon are expecting a baby girl next month, and what better way to celebrate than being showered with love at Ken and Lisa Vanderpump's West Hollywood restaurant Pump.

Gregorisch-Dempsey said, “It's gorgeous because you're the most chic of all… Have you ever seen a better looking baby mama?”

Sharon Osbourne agreed, saying, “She's stunning pregnant." Kelly added, “She has the best pregnancy style... if I ever get pregnant I think I'm going to look like a beached whale, where as unless she turns to the side you have no idea she is pregnant.”

Designer Rachel Roy laughed, “Hopefully she has a really good kid because I can't see her disciplining at all.” Courtney, who has two kids with husband Mario Lopez, offered this advice: “Sleep now because you will never sleep for the rest of your life."

Terri revealed the couple does have a name picked out but they aren't sharing it just yet, "We want to meet her first and see if she looks like she matches the name."

Tune in to “Extra” on Tuesday for all the festivities. 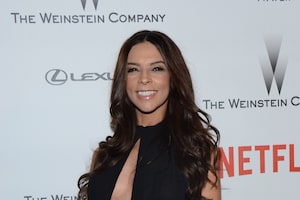 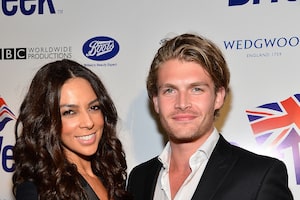 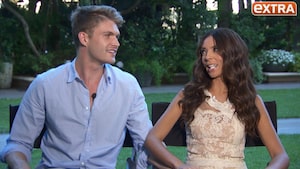