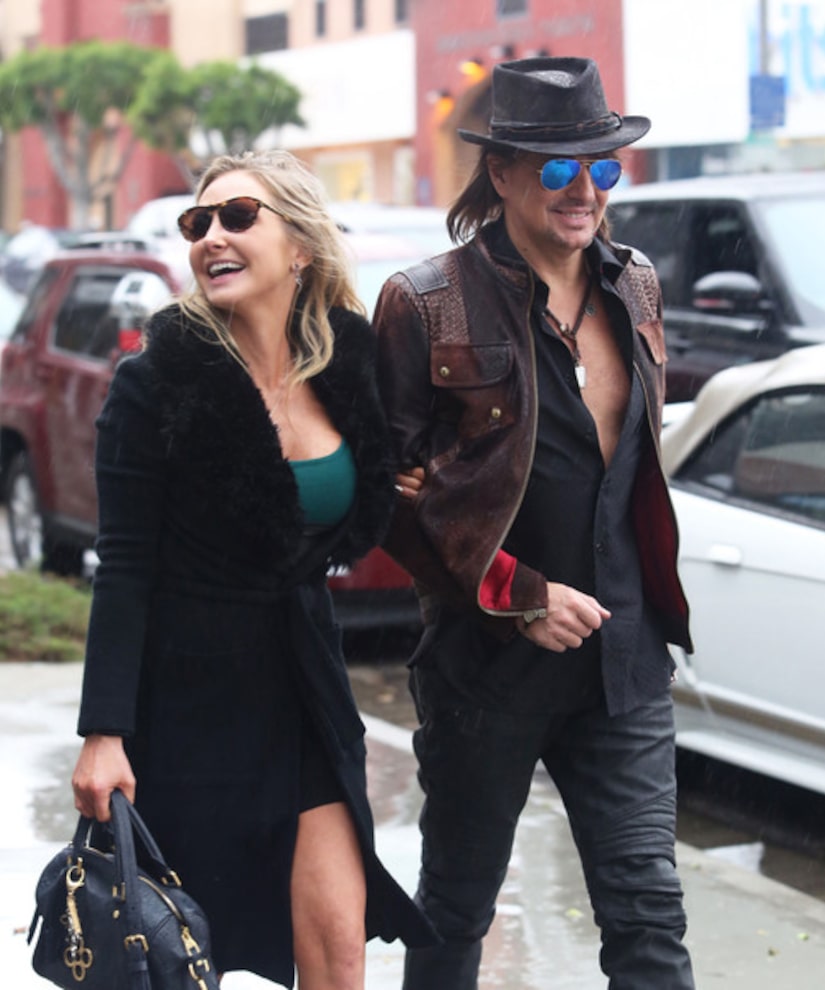 The on-again/off-again antics of Nikki Lund and Bon Jovi rocker Richie Sambora appeared to be on again as the fashion designers linked arms while strolling along Robertson Blvd. in West Hollywood.

They looked rather pleased with themselves after just signing the lease on their new Nikki Rich store that opens next month on the same street, opposite the famous Ivy restaurant where the cozy couple later celebrated with lunch.

Nikki recently revealed how she had been secretly dating the world famous guitarist and Heather Locklear's ex-husband, when she appeared on the Playboy morning show, saying that Richie was “a good f**k!”

The clothing line has grown since its launch just over two years ago. Nikki told ExtraTV.com, “I am so excited to be opening the store on one of my favorite shopping streets in L.A.

“We are also looking for a premises in New York and London… we're doing it, baby!”

Richie added, “I am amazed how big Nikki Rich has grown in just two years, it's a good sign that's for sure." 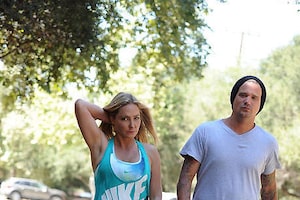 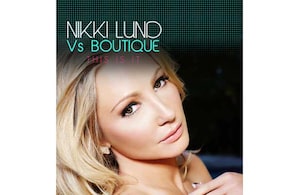 Hot Music Video! Nikki Lund Goes Transatlantic Dance with 'This Is It' 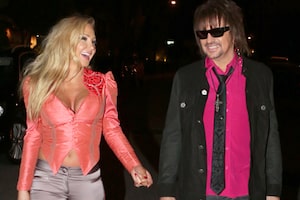 Richie Sambora and Nikki Lund Have Been Secretly Dating for Years!