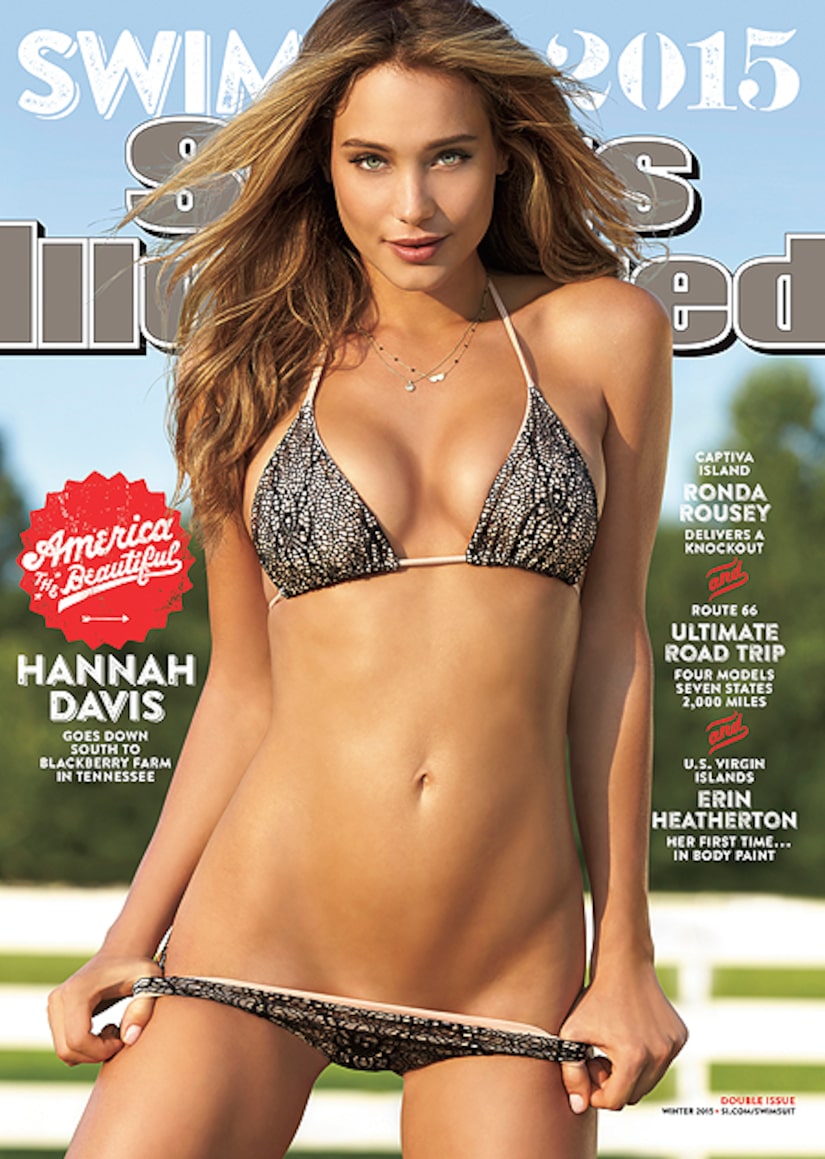 The gorgeously sexy cover was revealed on Wednesday on “The Tonight Show Starring Jimmy Fallon.” The photo, taken by Ben Watts, was shot at the idyllic Blackberry Farm in Tennessee, and marks Hannah's third appearance in the issue.

The 24-year-old model, who is baseball star Derek Jeter's girlfriend, never thought in a million years she'd get the cover.

Hannah told Sports Illustrated, "I told my mom there was no way I'd get the cover. I told her, 'They do beaches for covers and I'm on a farm. There's no way. It's not possible.'"

In the photo, Hannah is wearing two Me&Ro pendants: a Double Heart Pendant on a Black Diamond Chain & a Diamond Pendant with a Pave Edge. Both pendants are available on meandrojewelry.com.