UDPATE: Bobbi Kristina Brown’s father, Bobby Brown, released a new statement through his lawyer regarding his daughter’s current situation: “We are currently investigating the events that led to the hospitalization of Bobbi Kristina.”

The statement added, “To correct earlier reports, Bobbi Kristina is not and has never been married to Nick Gordon. We continue to request privacy in this matter. Please allow for our family to deal with this matter and give Bobbi Kristina the love and support she needs at this time.” 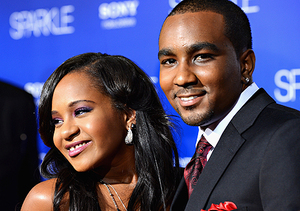 Nick Gordon isn’t holding vigil at Bobbi Kristina Brown’s bedside with the rest of the family.

The man she calls her husband (they aren’t legally married), was reportedly booted from the hospital room on Saturday night after a tussle with police.

A source told RadarOnline.com they heard a scuffle. “About maybe two to three minutes later, they came back with this person and they had their hands on him, like holding onto him, and you could see that everybody was distressed.”

Officers arrived on the scene and “physically escorted him from the floor. The whole incident was very upsetting.”

Since then, the insider said that security has been much tighter.

There’s another reason Nick may have to legally stay away. Bobbi Kristina’s aunt, Pat Houston, has a restraining order against him. 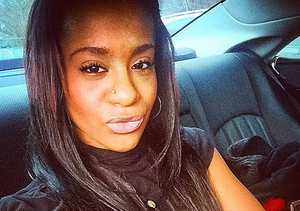 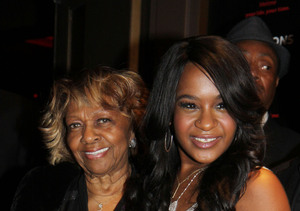