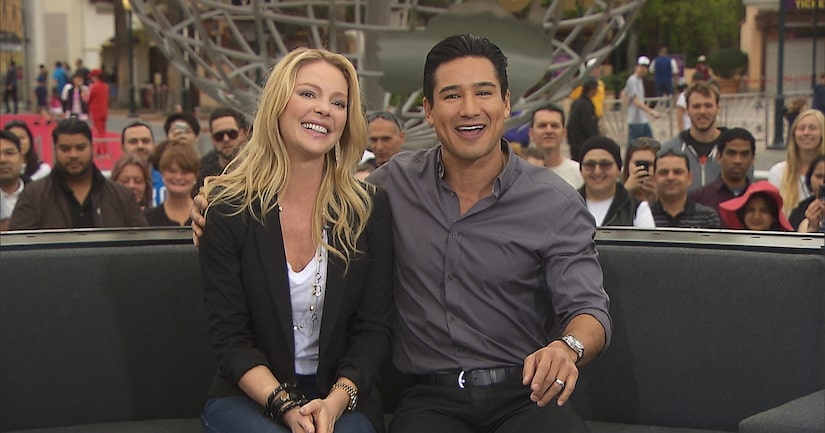 “State of Affairs” star Katherine Heigl joined “Extra's” Mario Lopez at Universal Studios Hollywood, where she talked about her hit NBC show and commented on the news that her former “Grey's Anatomy” co-star Patrick Dempsey was getting a divorce from wife Jillian Fink.

Heigl said, “I was really sad to hear that. I knew them both and they are really great people. I think it's always hard to have to go through something like that so publically.”

The TV star also opened up about life at home with her husband of seven years, Josh Kelly, and their two daughters.

She gushed about Kelly, “I was so incredibly drawn to, attracted to this man from the get-go, from the moment I met him. You just find this groove with each other. He's literally one of my favorite people in the world to hang out with. He's funny, charming, down to earth, decent. He's got a really big heart… I can never see myself falling out of love with him.”

Heigl also loves being a mommy to Naleigh, 5, and Adalaide, 2, revealing she does want more children, but may wait a bit. “I'd say September to December, I was like desperate. The clock was ticking, I was like I want a baby, must have a baby, then I went through Christmas with my children, who had three weeks off of school, and I had little to no help and I found myself spending my entire Christmas vacation cleaning up after everybody.” She laughed, “I was like, I might give it a minute.”

As for “State of Affairs,” Heigl plays Charleston Tucker, the President's most trusted national security adviser. “It's an important job, a high-pressure job,” explained the actress. “Charlie is very, very good at her job, but the drama comes when she makes a mistake or she is wrong about something, or she leaves something out of the briefing.”

Katherine said she doesn't know if President Obama watches the show. “Oh I don't know. I should ask. I'm too afraid to ask… what if they're like, 'No, we hate that show.'” 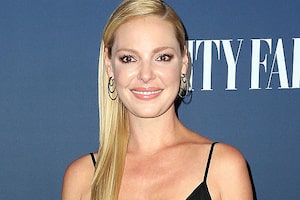 Katherine Heigl's Apology in Feud with Shonda Rhimes: 'I'm Sorry That She Feels That Way' 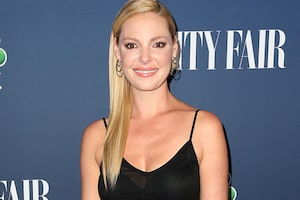