Brit Rodrigo Alves, 31, has undergone more than 30 plastic surgeries at the hefty price tag of more than $265,000.

Alves, a flight attendant, told the Daily Mail he is a "perfectionist" and "it's like a snowball effect and I'm not going to stop."

He also revealed on Instagram that it was his friends who started calling him a Human Ken Doll, and that doesn't bother him one bit.

"I never set out to look like the #kendoll, it was a nick name given by my friends and the press which doesn't bother me at all. I just wanted to be a better person and I truly am #happy #plasticpositive #kendoll #kenhumano #realityshow #reallifekendoll #rodrigoalves."

What instigated the desire for so much cosmetic surgery? "I used to be fat, misshaped and bullied to death when I was a teen, up to the point that I decided to reinvent myself,” he wrote on Instagram.

Alves' many surgeries include having his smile widened, liposuction, ab implants and fillers. When a UK doctor turned him away, he began getting work done in Colombia instead.

It turns out that the Human Ken Dolls are friends! They even posted a photo together on Instagram.

Justin Jedlica underwent more than 100 procedures for his head-to-toe transformation. He shot to fame in the US after telling his story on shows like “Botched,” “The Doctors” and others. He also has his own line of prosthetic muscle implants! 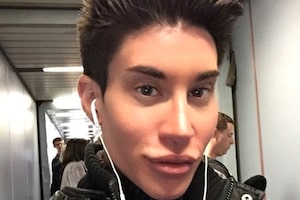 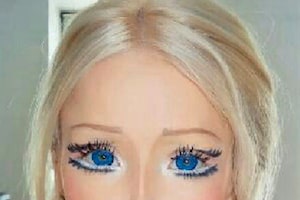 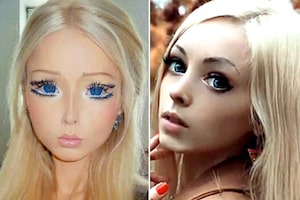 Wait, There's Another Human Barbie? You Gotta See This