Farrah Abraham landed in the ER after a lip procedure gone wrong, but she isn’t done with plastic surgery.

When one panelist asked if she was still considering getting her “butt done,” Farrah answered “Yeah… I’m still doing research… I don’t want to do anything that would cause more problems."

For now, she’s “walking a lot of hills,” to try to sculpt the perfect booty.

Abraham, who has had breast augmentation, cheek fillers, rhinoplasty and a chin implant, also went into detail about the botched lip job. She revealed that it was actually an allergic reaction that caused her lip to swell.

“As soon as he touched my lip with whatever numbing product he put in there, my lip was having an allergic reaction right away,” she said. “I was laying down flat, but I was seeing more of my lip come up and come up. I’m just super happy that I’m alive.” 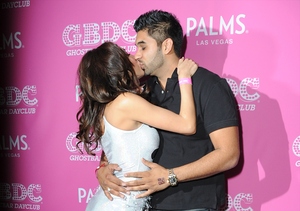 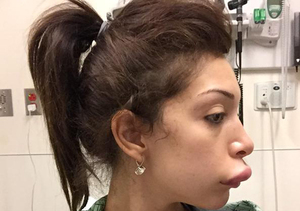 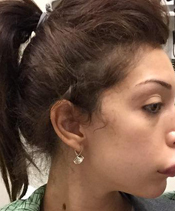 Sneak Peek! Deion Sanders Gets Grief from His Girlfriend's Mom on…