Poor Chrissy Teigen was in a world of hurt over the weekend.

The model posted a bizarre Instagram video of herself wrapped in a towel while crying and pouring milk all over her body!

She explained on Twitter, “Just took a shower after cleaning those jalapeños and it truly was the biggest mistake of my life, like I don't think I can have kids now. It's like I took a bath in jalapeños. Does the ER have a punch card this week??”

John Legend's wife continued, “I feel like I'm covered in paper cuts and a demon is pouring lime juice all over me.”

That's when fans began telling her to grab some milk! At first she wasn't optimistic, “I don't have that much milk, guys. No one has that much milk.”

Luckily, she found a carton, and that's when she made the Instagram video. The milk seemed to give her some relief by the end of the video, and she included the caption, “Thank you.”

She later tweeted, “You guys saved my life,” adding, “Yikes there are definitely people that only follow me on Instagram and are extremely confused.” 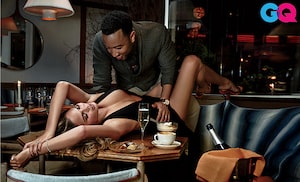 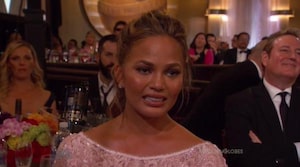