In the all-new “Bella” episode of “Backstrom,” the Special Crimes Unit must investigate an arson case that has escalated to attempted murder!

Although all evidence points to a local fire artist, Backstrom is positive their arsonist is someone they least suspect. The investigation takes a turn when the team discovers evidence missing from the crime scene, and Backstrom suspects someone inside the investigation.

Meanwhile, Backstrom is tormented by childhood neighbors who stole something very special from him when he was younger, and Valentine helps Niedermayer recover stolen evidence. 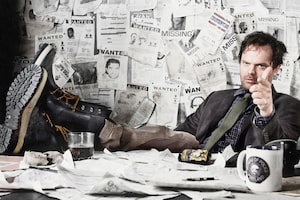 Rainn Wilson Says Goodbye to Dwight and Hello to Backstrom!