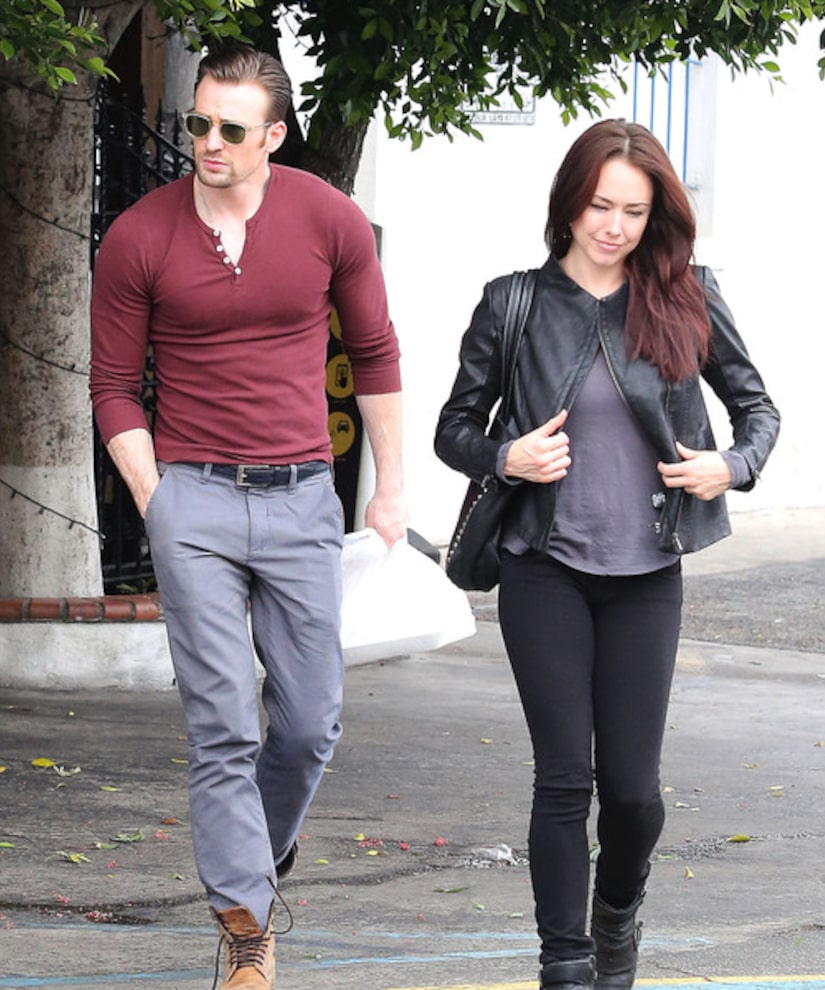 Romance gossip started buzzing about Captain America Chris Evans and "Supernatural" star Lindsey McKeon when pix of them leaving lunch hit the web, but come on... it's just lunch... they're just friends... and she's married!

Chris and Lindsey, who starred together in 2000 in the series "Opposite Sex," were snapped by photogs leaving lunch at El Compadre on the Sunset Strip. UsWeekly quotes a source who calls the lunch, “Just a friendly catch-up."