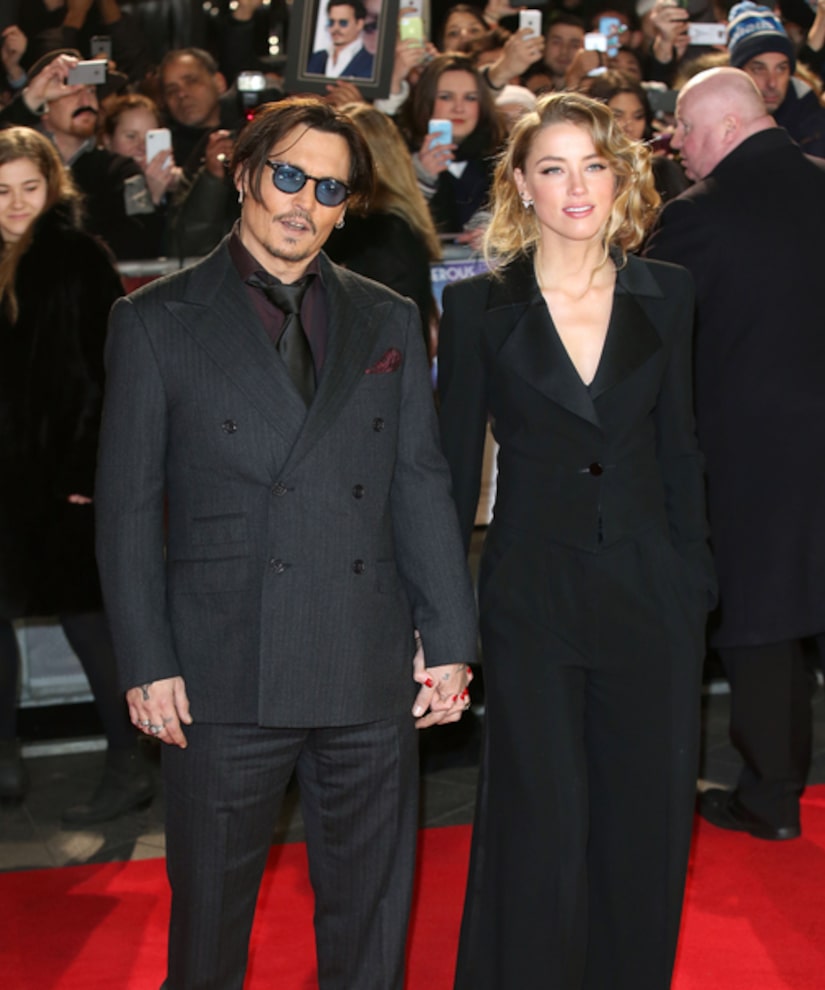 Famous fiances Johnny Depp and Amber Heard hit the London red carpet for the premiere of his goofy spy comedy "Mortdecai" and this does NOT look like a couple on the verge of a break up.

Holding hands, smiling, laughing very much a couple in love, Depp and Heard walked the carpet at Empire Leicester Square in London along with co-star Paul Bettany. In the film, Depp plays a rakish art dealer on a mission to recover a stolen painting with clues to a lost treasure of Nazi gold. 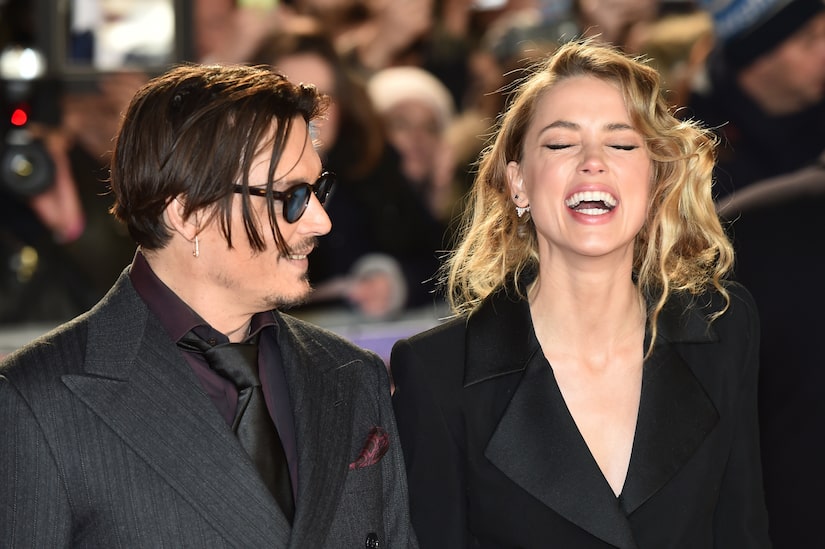 The film, which co-stars Gwyneth Paltrow as Johnny's onscreen sexpot wife, is set for a January 23 release. Rumors of trouble with his real life wife-to-be started swirling in December with a People Magazine story that quoted sources close to the couple who said, "Johnny is crazy in love with Amber, but there is turmoil in the relationship."

Yeah, apparently not so much anymore. 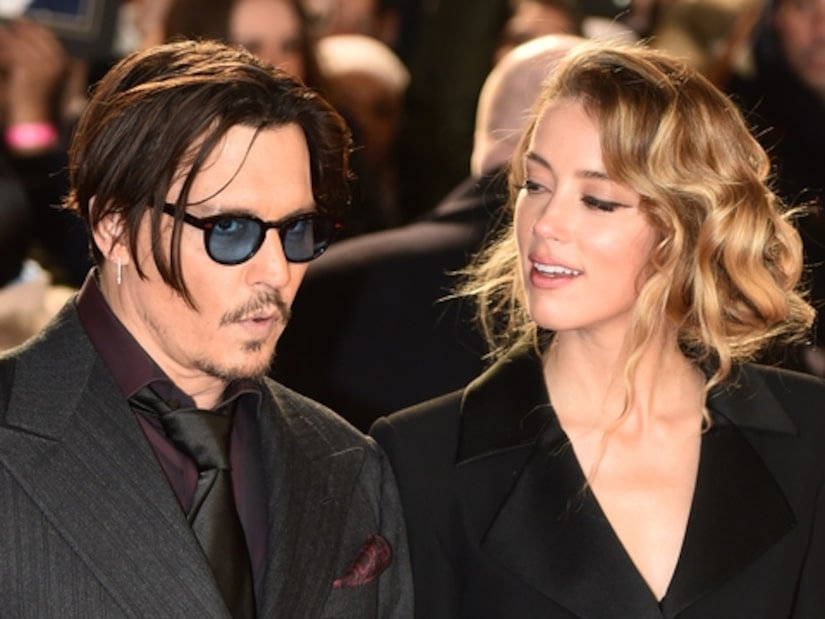