UPDATE: Michael Moore clarified his tweets were NOT about the film “American Sniper.” In a Facebook post, he explained his father told him snipers were “cowards” after his uncle was killed in WWII by a Japanese sniper, but Moore notes that he did not mention the Clint Eastwood film at all and that the media made that assumption. In fact, Moore liked “American Sniper,” writing, “Awesome performance from Bradley Cooper. One of the best of the year. Great editing. Costumes, hair, makeup superb!”

As the Clint Eastwood film “American Sniper” took in a whopping $90 million at the box office last weekend, some Hollywood A-listers are voicing their criticism of the film.

The war drama is based on the true story of former Navy SEAL and sharpshooter Chris Kyle, and as played by Bradley Cooper, shows how Kyle used his skills in the Iraq war, labeling him “America's deadliest sniper.”

My uncle killed by sniper in WW2. We were taught snipers were cowards. Will shoot u in the back. Snipers aren't heroes. And invaders r worse

But if you're on the roof of your home defending it from invaders who've come 7K miles, you are not a sniper, u are brave, u are a neighbor.

The "Bowling for Columbine" director also tweeted, "But if you're on the roof of your home defending it from invaders who've come 7K miles, you are not a sniper, u are brave, u are a neighbor."

Actor Seth Rogen chimed in as well, tweeting “Sniper” reminded him of the German propaganda film that played in the Quentin Tarantino satire “Inglourious Basterds.”

American Sniper kind of reminds me of the movie that's showing in the third act of Inglorious Basterds. 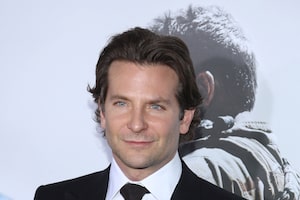