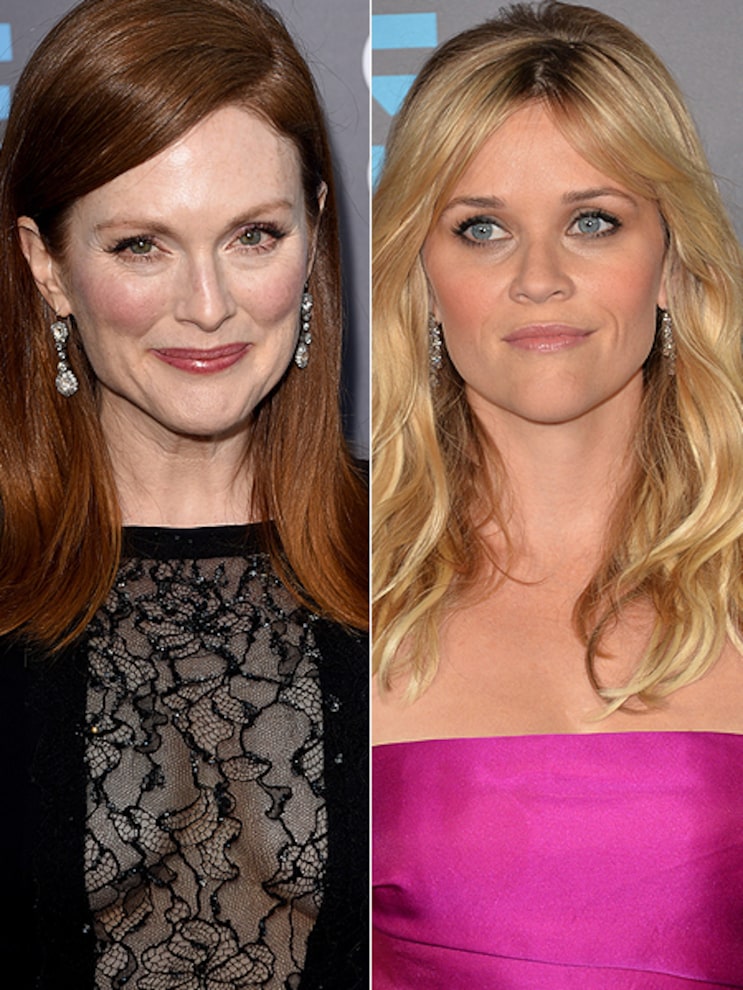 It may have been the 2015 Critic's Choice Awards, but all the talk on the blue carpet was about the 2015 Oscars nominations.

Moore was on a flight and said she made sure she had WiFi on the plane so she could get keep up with the news. “I went ahead and bought the Internet.” She said she was then in touch with family and friends and even got a congratulations from the flight crew, “Clearly they were on the Internet, too!”

Pike said she was unprepared to get the call and was planning to have a quiet morning home with her toddler and newborn sons. “I said to my other half, ' I've got nothing on tomorrow morning. Let me just spend the day with the boys.' Then of course it's me alone in the house, two boys and all these calls coming in. It was just sort of crazy, wonderful.”

Witherspoon received her Oscar news from husband Jim Toth but what meant the most was her 15-year-old daughter's reaction. “My daughter sent me a really sweet text message… Just sort of encouraging me to be proud of the work that I've done for women this year.”

Pregnant Knightley and husband James Righton were fast asleep when the phone rang. “It felt like the middle of the night when the phone went and I thought something awful had happened. My husband turned around and went, 'Oh, you've been nominated for an Oscar!' I was like, 'Okay, so nobody's died?' He said, 'No!'”

Tune in to see who takes home the gold when the 2015 Academy Awards are presented on Sunday, February 22.