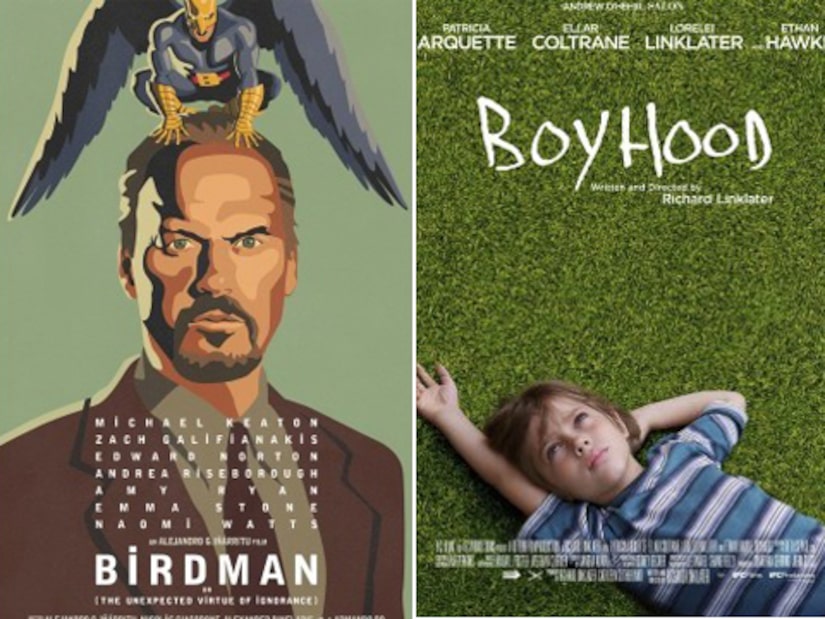 The nominations for the 87th Annual Academy Awards were announced bright and early Thursday morning.

Shaking up the way the nominations have been presented in the past, this year actor Chris Pine, Academy President Cheryl Boone Isaacs, and directors Alfonso Cuarón and J.J. Abrams announce the nominations in all 24 Oscar categories at a special, two-part, live news conference at the Academy's Samuel Goldwyn Theater in Beverly Hills.

"Boyhood" and "The Grand Budapest Hotel" topped the list with the most nominations, with the other Best Picture films faring well, including, "The Imitation Game," "Boyhood," "American Sniper," "The Theory of Everything," "Foxcatcher," "Whiplash."

Some of the Best Picture snubs included "Foxcatcher," "Gone Girl," "Nightcrawler," "Wild," "Unbroken" and "Into the Woods." Other notable omissions included "The LEGO Movie" for Best Animated Film, the Roger Ebert docu "Life Itself" for Best Documentary.

Here are the top five categories: