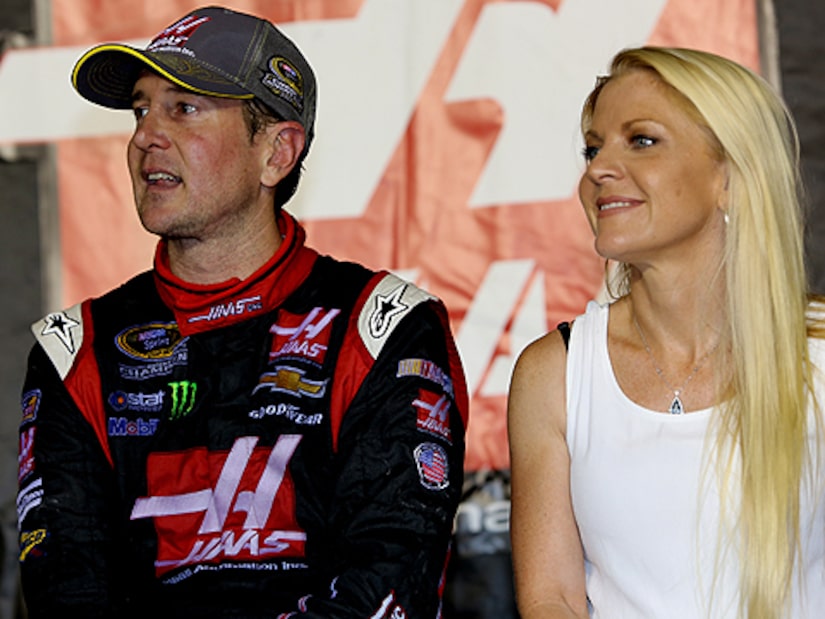 In a legal battle teetering on the bizarre, NASCAR driver Kurt Busch claims ex-girlfriend Patricia Driscoll is a trained mercenary.

Last November, Driscoll filed for a protection order against Busch, claiming he choked her and smashed her head into a motorhome wall.

The hearings for that order began in December in Delaware, and according to ESPN, Driscoll claimed Busch was "unstable and struggling with alcoholism and depression."

The News Journal reports the second part of those hearings concluded this week with Busch denying the accusations and stating he believes his ex, who runs the Armed Forces Foundation and her own defense company, is a trained assassin who has been deployed on numerous missions.

Busch reportedly testified that in one instance, they were in El Paso, Texas, where Driscoll left one night in camouflage and boots. She later returned to the hotel at which he was staying wearing a trench coat. Under it she was wearing an evening gown splattered with blood and other matter.

Busch told reporters outside of Kent County Family Court on Tuesday, "I'm just glad that the truth got told and that we'll wait on the commissioner's decision.”

Driscoll dismissed Busch's claims, speaking with AP (via The News Journal) on Tuesday. "These statements made about being a trained assassin, hired killer, are ludicrous and without basis and are an attempt to destroy my credibility. I find it interesting that some of the outlandish claims come straight from a fictional movie script I've been working on for eight years."

Commissioner David Jones said he'll rule on the order after receiving additional transcripts and closing summations from both attorneys, which are due in two weeks.