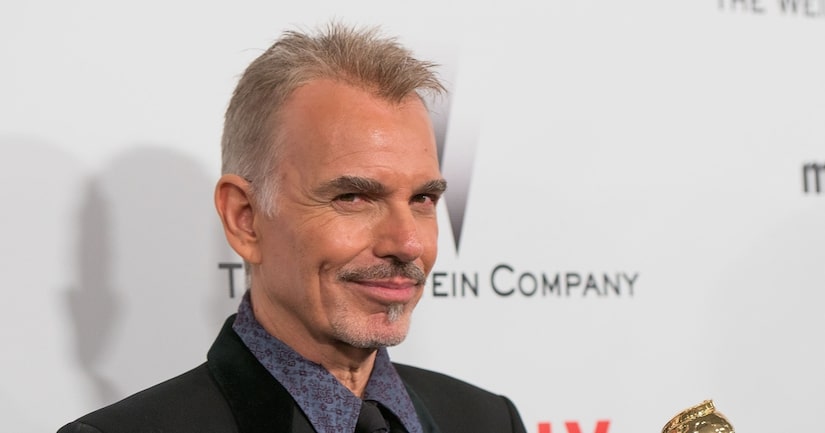 After winning the Golden Globe for Best Actor in a TV Movie or Mini-Series for his role in "Fargo," Billy Bob Thornton joined “Extra's” Jerry Penacoli in our backstage winners' area.

Thornton admitted he was shocked to win. “I have, like, probably eight or nine Golden Globe nominations. I've never won.”

As for his ex, Angelina Jolie, Thornton revealed they are still in touch. “From time to time, not often. I don't want to bug them.”

The actor is happy for all of Jolie's success. “Everything's so good in her life right now, and I'm so proud of her movie ['Unbroken']… I hope she does 10 more movies as a director.”