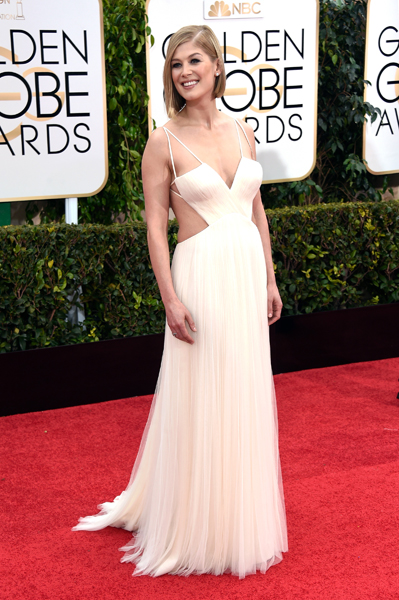 Despite giving birth a little over a month ago, the hot mom rocked the figure-hugging gown featuring skinny straps and super sexy side cutouts.

The “Gone Girl" star also wasn't afraid to show some skin on her back, which was accented by the skinny strap detailing. 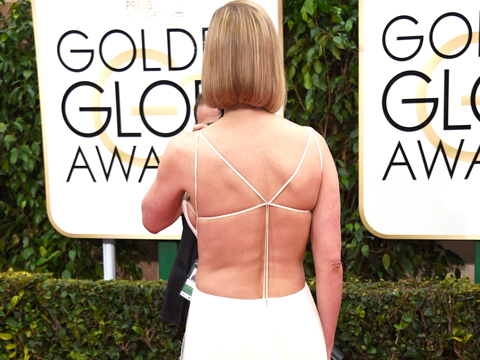 With a sleek 'do and a pair of diamond studs, she kept her hair and accessories to a minimum and let the dress steal the spotlight. Rosamund's pick perfectly showed off this fearless mama's amazing post-baby bod, and it's sure to be a red carpet favorite this year.

"Extra's Mario Lopez caught up with Pike on the red carpet, and she told him that being at the Golden Globes was a surreal experience. “With a baby upstairs who's wanting completely different things from me and down here in sort of this unbelievable sea of people.”

Asked if she’s getting enough sleep as a new mom, Pike explained, "You just take it when you can get it, one thing being a film actress it sort of trains you for sleeping at odd times of the day." 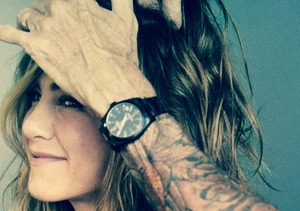 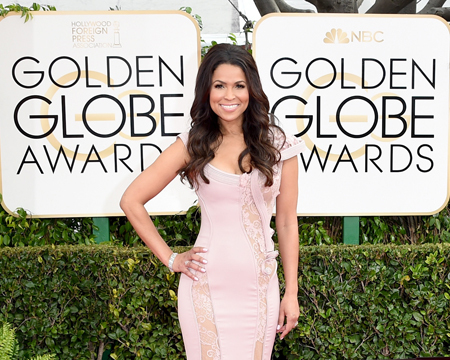 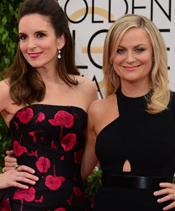