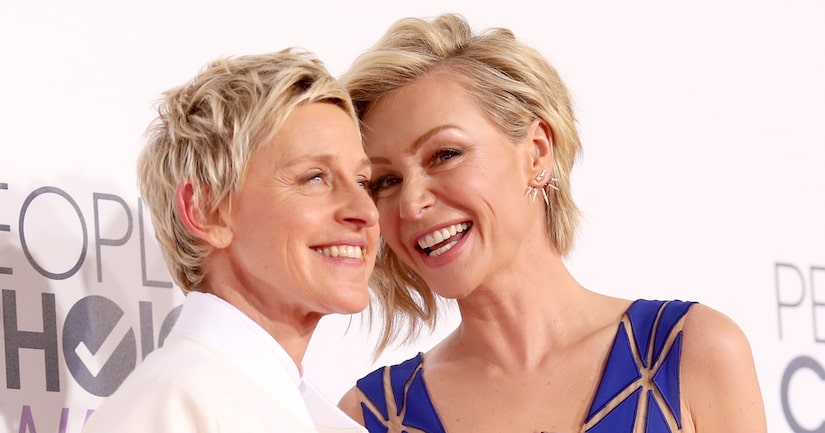 "Extra's” Renee Bargh caught up with Ellen DeGeneres and Portia de Rossi at the 2015 People's Choice Awards, where the couple talked about pranking one another by posting workout videos on social media.

DeGeneres, known for pranking on her daytime talk show, took it to the next level this weekend when she posted a video of Portia doing a Jane Fonda workout!

Portia got her back by secretly taping Ellen on the treadmill while belting out the Mark Ronson song “Uptown Funk.”

The actress said she likes to do Jane Fonda's workouts to stay fit, but her fitness routine wasn't meant for everyone to see. “It wasn't for anyone. It was just for me, just me.”

DeGeneres said that had she known she was being recorded while working out, she would have been more aware of her singing technique. “I would have been listening to myself, but I didn't hear myself. I was just on my own.”

De Rossi added, “She always likes to sing a little bit when she's runs on the treadmill, which a lot of people do. It was just perfect for me to get her back.”

When asked if the pranks were going to keep going, Portia said they called a truce. Ellen disagreed, “This will go on forever.” 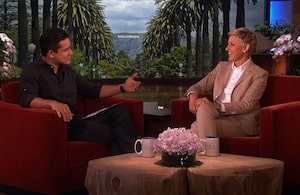