Nicole Kidman has never paid a visit to Jimmy Fallon on the “Tonight Show”… because of their awkward dating past!

Kidman finally stopped by, but the two had to clear the air by talking about their cringeworthy first encounter.

Fallon recalled a mutual friend calling to tell him he was bringing Nicole by his apartment to talk about a possible role in “Bewitched.” Jimmy said he was completely unprepared for an impromptu visit from an A-list star and had to run out to buy some Brie.

Meanwhile, the friend knew Nicole was interested in Jimmy and offered to introduce them. She recalls Fallon acting completely disinterested in her when they arrived at the apartment, saying he didn't talk and even put on a video game! “After about an hour and a half I thought, 'He has no interest, this is so embarrassing.'”

Watch the video for the all the awkward details! 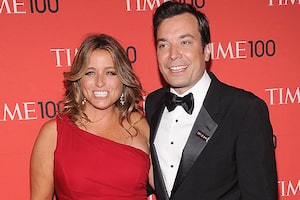 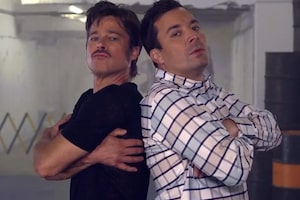 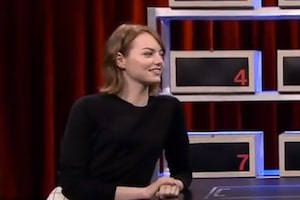 Emma Stone Can Lip-Sync with Jimmy Fallon, But She Can’t Lie to Him