“Extra’s” Terri Seymour sat down with Kaley Cuoco-Sweeting to talk about babies, her hubby Ryan Sweeting and her latest film, “The Wedding Ringer.” 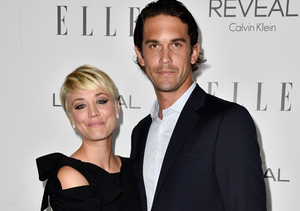 Terri, who is expecting her first child, asked when Kaley and Ryan might want to have a little one of their own.

“The Big Bang Theory” star replied, “My husband’s just going back out on tennis tour, literally next week, so we’re giving that two years, I don’t know if I’d want to wait two years to actually start getting going, but maybe a year and a half or so, so I’d like to be like 30, kind of be around then.”

Kaley and Ryan just celebrated her birthday and their one-year wedding anniversary. “We were in the Bahamas for my birthday for a wedding… he got me a new ring for our anniversary, a new band, no big deal, really shiny, yes. I was like, ‘I want a new wedding band.’”

Kaley showed off her bling, joking she wants even more. “I know I’m ridiculous. I want to keep building until I can’t move my fingers, so that’s like my goal. I want it to my nail, every year, he’s like great, okay, great.”

Cuoco also set the record straight on her recent sinus surgery which resulted in rumors she had a nose job. “You’ve known me for so many years, I would’ve Instagramed I had a nose job… I would have gladly had a nose job, in fact I’m regretting not getting work done under there cause it’s such a waste of my time to get this stupid sinus thing done… you would know 'cause I’d have bruises, it was all internal.” Kaley quoted Taylor Swift’s “Shake It Off,” saying, “Haters gonna hate hate hate. Taylor Swift, great song, that’s what I live by, that song.”

As for “The Wedding Ringer,” Kaley said she was the complete opposite of her bridezilla character Gretchen when it came to her own wedding. “I didn’t plan, didn’t do anything at my wedding, I literally went ‘I’ll meet you there just have it planned.’” She continued, “I didn’t do any tastings, no tastings, nothing, so it was kind of fun to play someone who was much more hands on cause I’m just not like that, just not who I am.” 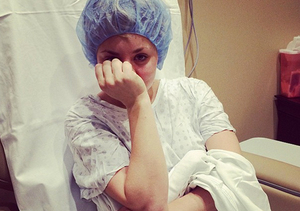 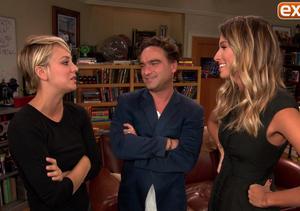 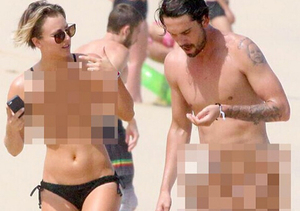 Kaley Cuoco Responds to Hacker by Posting Her Own 'Nude' Photos!

Kirk Douglas’ Will Revealed — Who Inherits His Fortune? 8