Actor Joe Manganiello had a specific reason for asking Sofia Vergara to marry him in a very private location.

The “Magic Mike” star, 38, reportedly pop the question over Christmas in Kauai, and a source close to the couple told People.com that Joe didn't want any paparazzi around. "He said he wanted to keep it private... He said this was a once-in-a-lifetime opportunity with a one-in-a-million woman."

The two were staying at the gorgeous St. Regis Hotel in Princeville, and the insider told People Joe “definitely planned ahead and contacted the hotel weeks in advance to discuss certain things he wanted to do."

They added, "He didn't want to propose in a public setting, even though there are so many beautiful spots on the hotel grounds that have spectacular views and are well-known as places where people pop the question. But Joe said he didn't want to risk anyone walking by and witnessing it, and he didn't want to tip off Sofia by having security there shooing people away."

Manganiello eventually settled for proposing in their suite, and the source said champagne and desserts were delivered after the happy event.

As for the stunning diamond ring the “Modern Family” star is now wearing, a jewelry expert guesstimated to “Extra” it looks to be about a 10-12 carat ring, worth $800,000. See some up-close pics here!

This will be the first marriage for Manganiello and second for Vergara, who has a 22-year-old son, Manolo. 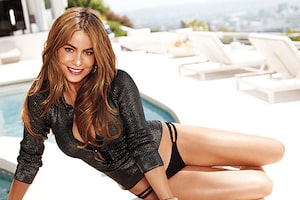 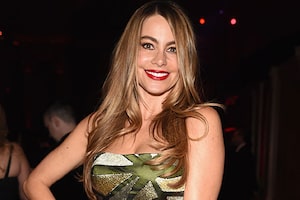 Sofia Vergara Is Open to Remarrying: ‘It Would Be Fun to Do It Again!’ 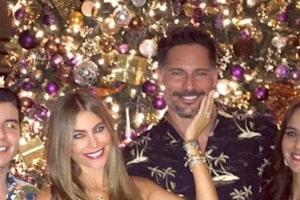 Is This Sofia Vergara’s Engagement Ring?