Angelina Jolie rushed to the side of a crying fan in NYC on Thursday, and the whole exchange was caught on camera. 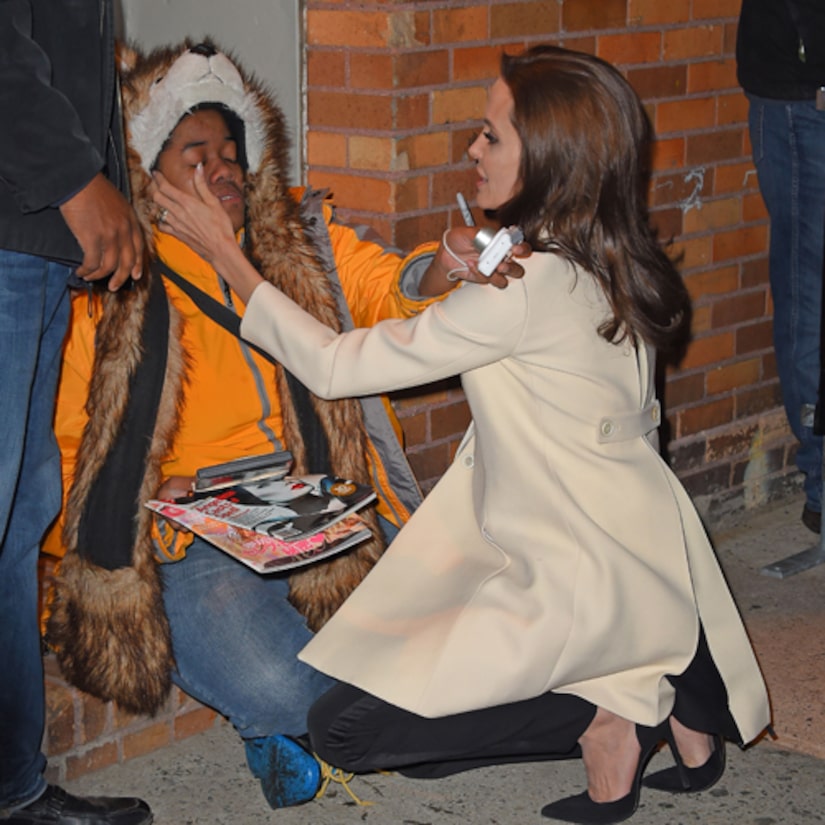 Jolie was on her way to see Jon Stewart at “The Daily Show” when she noticed a fan crying on the sidewalk while holding a stack of Angie's magazine covers. 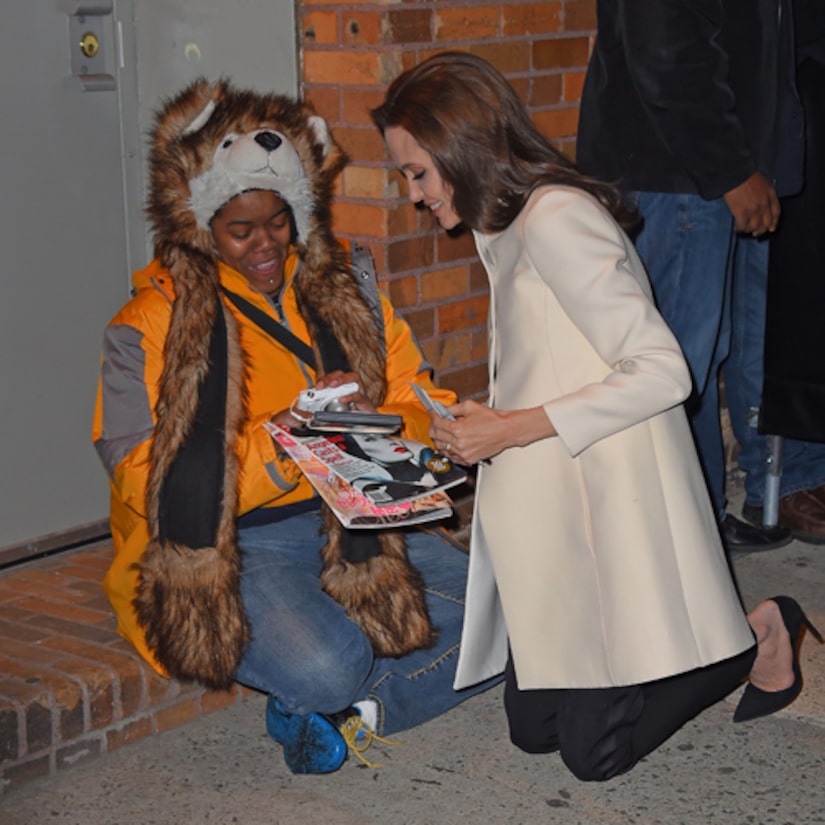 The Oscar winner knelt down and comforted the woman, signed the magazines and even snapped a selfie. What a gal! 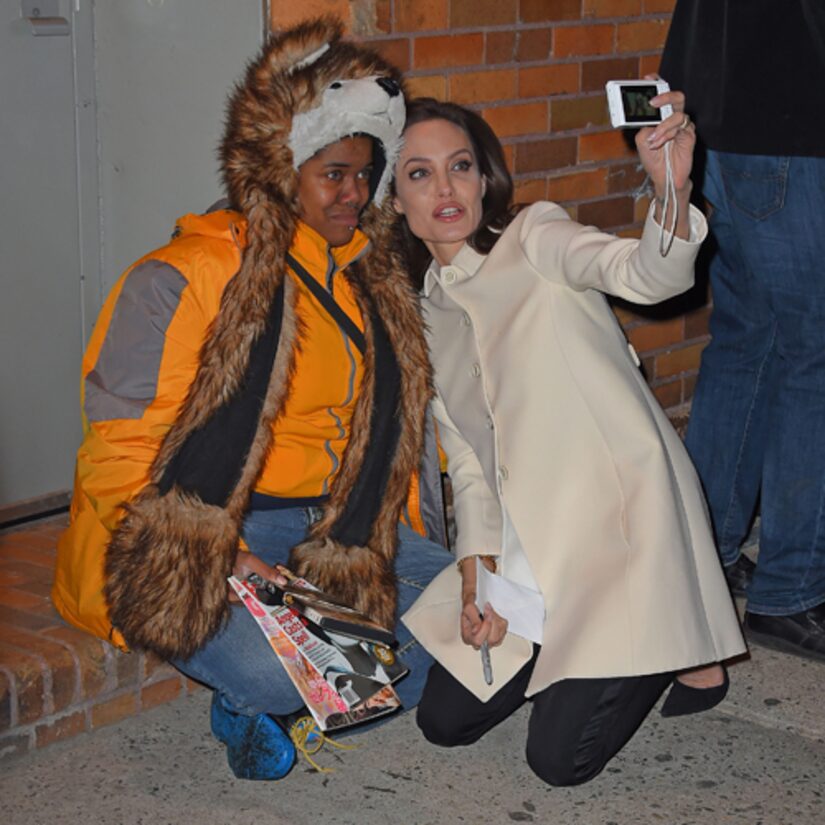 Later, Jolie was in the hot seat with her “Playing Hearts” co-star Jon Stewart. The late-night host praised Angelina's latest directorial effort, “Unbroken,” and gushed over the actress.

He told her that he knew she was special when he met her 20 years ago, and if they had ended up together they would have had their own label… Stolie!