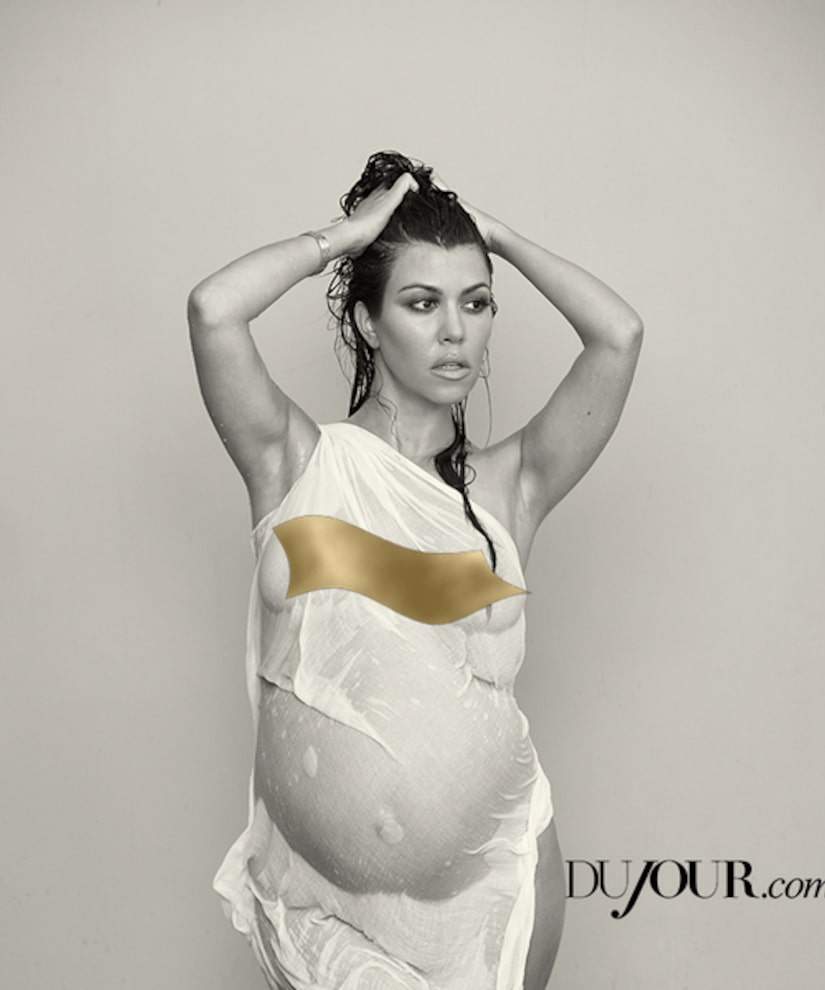 A very pregnant Kourtney Kardashian is taking a page from her sister Kim's internet-breaking playbook by stripping down in a risque new photo shoot for DuJour magazine.

The pictures instantly went viral... it's a Kardashian minus clothes, so of course they did! The 35-year-old reality star revealed to the magazine, "Nudity is not something to be ashamed of, I'm not embarrassed of my body."

She's not embarrassed, and proves it with these snaps.

Kourtney, whose topsy-turvy relationship with Scott Disick has been making major headlines of late, actually credits him for giving her the encouragement to get nearly naked for the shoot with photographer Brian Bowen Smith, "Whether I'm changing, or about to take a shower, or something, he's always complimenting my body and makes me feel good about myself." 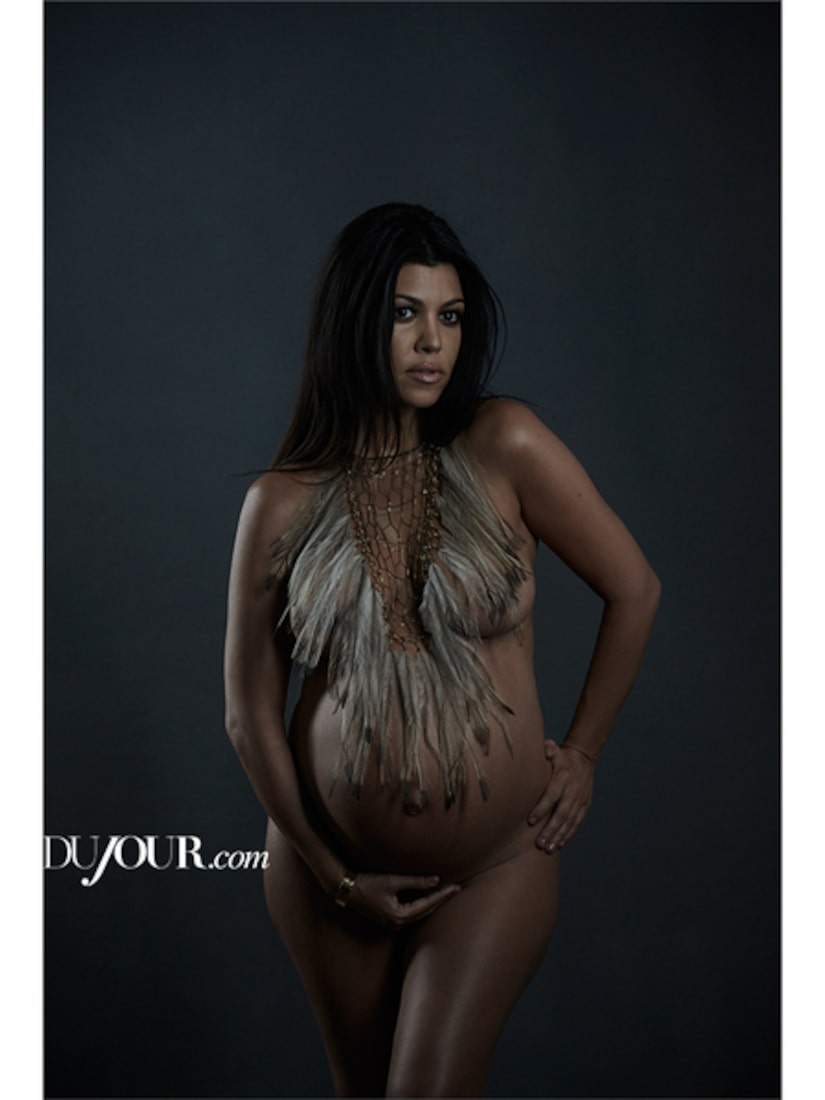 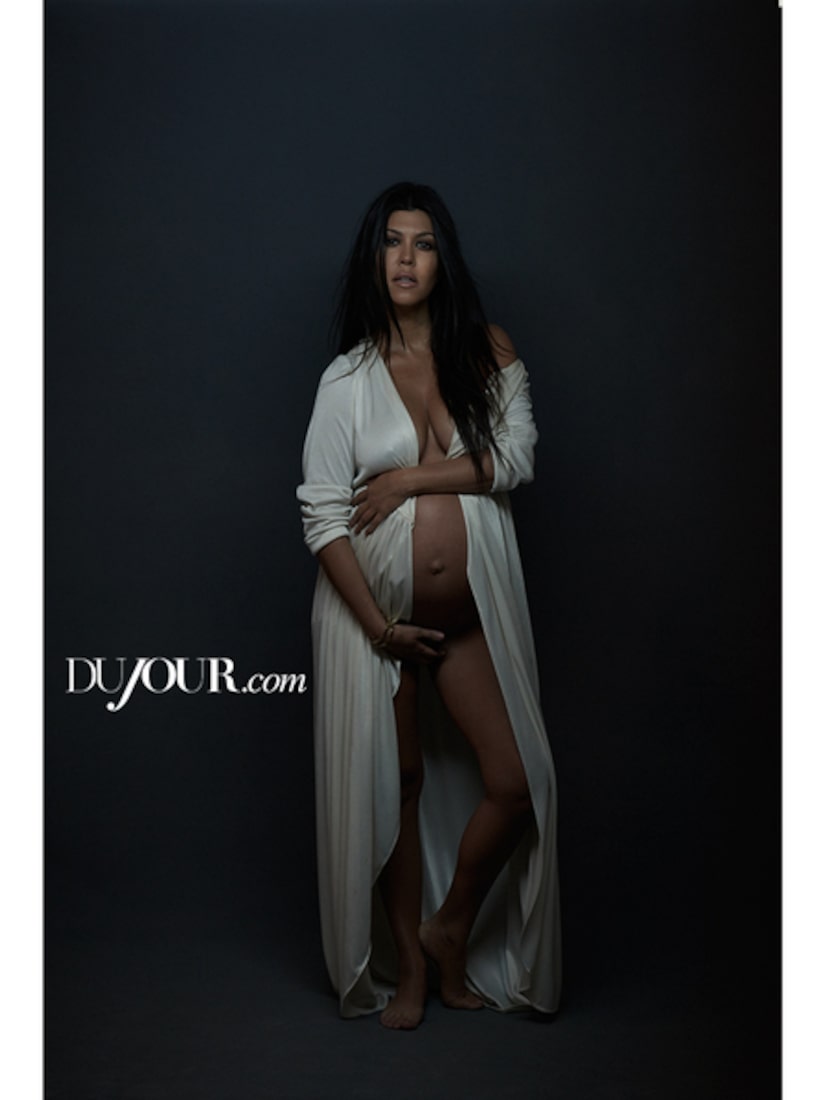 Kourtney says she's embracing her pregnancy, calling it "empowering and beautiful." Her intention was not to break the internet with her posterior, but to have these images for posterity and be able to share them with her kids, "It's my body; I'm not trying to impress anybody, or be something that I'm not. It's just a beautiful thing, just being able to take those photographs and have them, and just be able to show my children, 'this was you inside.'"

Of course, all this is Kourtney on the outside, and she's definitely embracing it.