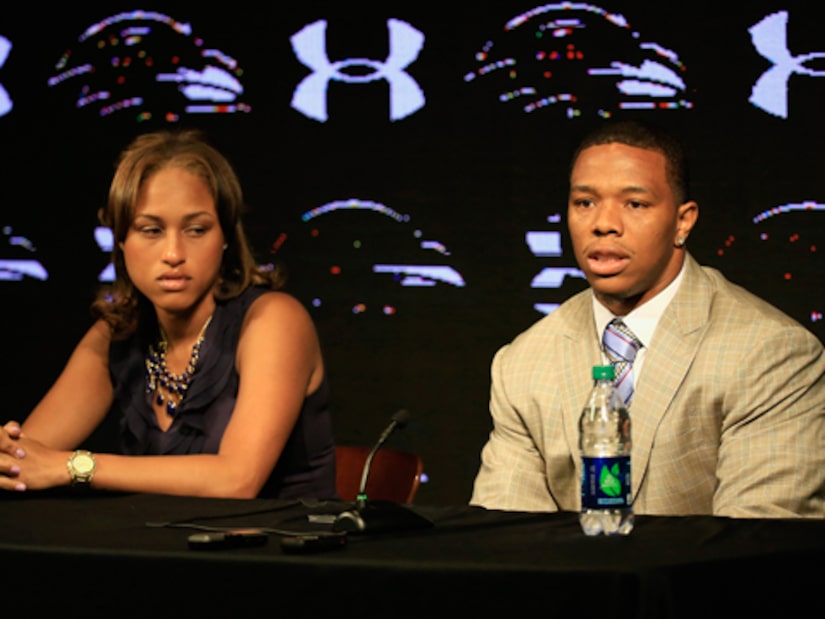 Ray Rice's wife Janay is speaking out about the elevator assault that took place in Atlantic City in February.

In an interview with ESPN's Jemelle Hill, which was turned into a first person essay, Janay says that they had been drinking with two other couples in Atlantic City leading up to the incident.

“Ray and I were bickering,” she said. “We were drunk and tired and while I know that some people may find it hard to believe, none of the six of us can remember exactly what Ray and I were arguing about. It was that insignificant.”

She continued, “As we were arguing, he was on his phone and not looking at me. I went to reach for his phone, and when he grabbed it back, he spit at me and I slapped him.”

Janay described what happened next as “foggy.” “I can't even say I 'remember' because I only know from what Ray has told me -- is that I slapped him again and then he hit me. I remember nothing else from inside the elevator. The next thing I do recall is being in the casino lobby, surrounded by cops.”

On Feb. 19, security footage of Ray dragging Janay's unconscious body out of the elevator went viral. Janay said watching it made her feel sick to her stomach. 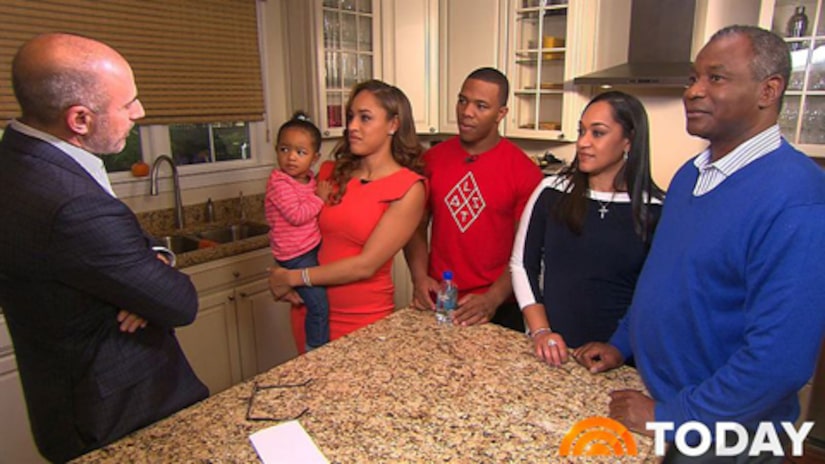 When the full video was released in September, Janay chose not to watch it.

Janay went on to talk about their meeting with the NFL, why she finds it hard to accept being a called a victim, and how Ray has accepted full responsibility for his actions.

She said she's learned a lot about herself through this experience, “I've realized how strong I am. People ask me how I've gotten through this and I honestly cannot put it into words. I have grown closer to God. My faith has gotten me through each day. It's been hard accepting the fact that God chose us for this, but at the same time it's put us in the position to help others. We know our incident led to very important discussions to hashtags of "why I stayed" and "why I left." If it took our situation becoming headline news to show domestic violence is happening in this country, that's a positive.”

She continued, “I hope when people read this they realize that we're real. I want people to know how much we love each other and how far we've come.”

Janay, Ray -- whose NFL suspension was lifted on Friday -- and her parents also sat down with the “Today” show's Matt Lauer. Her interview with him will air in a two-part segment Dec. 1 and 2.

She told Lauer that after the assault, “I was furious. We came home and we didn't talk the entire ride. Well, I didn't speak to him the entire ride home. He tried to talk to me. I didn't want to hear any of it. I just knew he hit me, and I was completely over it. I was done… I just didn't even want to entertain it - any explanation. Of course in the back of my mind and in my heart I knew that our relationship wouldn't be over because I know that this isn't us, and it's not him.”

Watch a video clip from the interview below. 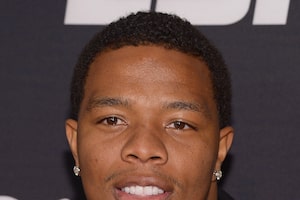 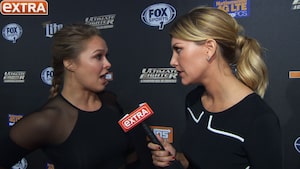 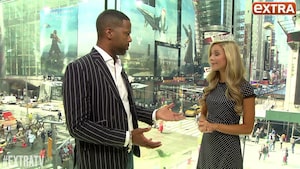