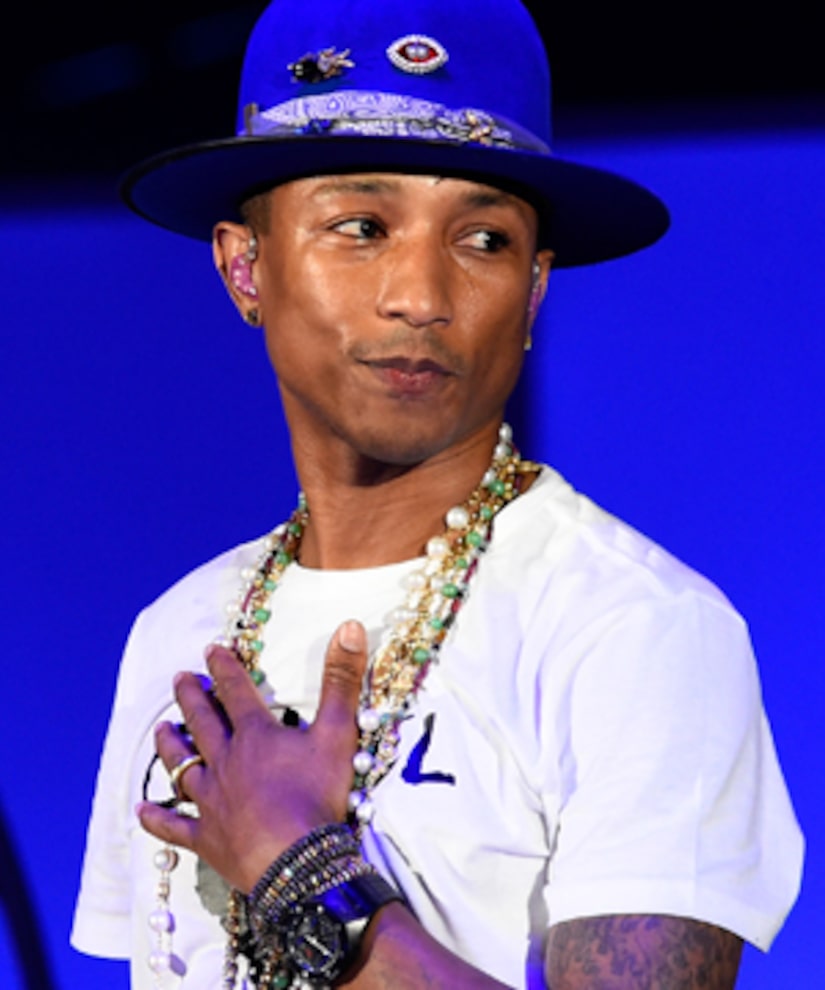 Many stars like Pharrell, Katy Perry and Shonda Rhimes publicly shared their shock and sorrow Monday night over the Michael Brown verdict in Ferguson, Missouri.

Earlier in the evening, a judge announced the grand jury's decision not to indict Darren Wilson, the white police officer accused of shooting and killing Brown, an unarmed black teen.

Macklemore walked with protesters in Seattle as they chanted, "Don't shoot! Hands up!" (see the video below), while Garth Brooks cancelled all promotional engagements until further notice. He said in a statement, "To spend the day promoting our stuff like nothing was wrong, seemed distasteful to me."

Pharrell: “I'm heartbroken over the news of no indictment in Ferguson. Let's all pray for peace.”

Katy Perry: “Feeling stuck all the way over here in Sydney seeing the news just now... Sending my prayers to Ferguson & praying for an equal America.”

Lebron James: “As a society how do we do better and stop things like this happening time after time!! I'm so sorry to these families. Violence is not the answer people. Retaliation isn't the solution as well. #PrayersUpToTheFamilies #WeHaveToDoBetter.”

AJ Calloway: “It is time for us as a people to come together and work collectively to ensure justice is had for those who have been murdered unjustly. So many have heavy hearts tonight and are angered but we must focus that energy in a positive light and we MUST work together so this doesn't happen again in America without legal and just ramifications. We are tired of the system justifying the killing of young African-American males.”

Russell Simmons: “Just leaving yoga and hearing about the verdict of grand jury. Citizens please begin with prayer breathe be thoughtful. And safe.”

Andy Cohen: “Watching in my hometown thinking of the Browns and hoping the community here respects their son's memory with peace. #PeaceInFerguson.”

Lena Dunham: “All my love is with the family of Michael Brown. I applaud their strength and courage, mourn their loss, pray they see justice and change.”

Cedric the Entertainer: “#FergusonVerdict Prayers to #MikeBrownsfamily and my city. Unwarranted violence will help not help this situation. The Family wants peace.”

David Boreanaz: “Violence is NOT the answer. #Pray #Ferguson”

Deion Sanders: “Can we take a moment to pray for #Ferguson. Lord keep them cover them protect them guide them & let Peace & Justice prevail in Jesus name!”