Bill Cosby doesn't feel he needs to “answer to innuendos” regarding the mounting sexual allegations against him.

The comedian performed a 90-minute show in Melbourne, Florida on Friday, receiving a standing ovation as he took the stage.

Meanwhile, more women are stepping forward with claims, including Joyce Emmons, a former comedy club manager, who told NY Daily News that Cosby once gave her a Quaalude so one of his friends could take advantage of her. Read yet another woman's account here.

A former NBC employee Frank Scotti, now 90, also claimed he paid off eight women on Cosby's behalf during the “Cosby Show's” run in the '80s and '90s and was there when Cosby invited models to his dressing room.

In an interview with the Daily News, Scotti said, "He would tell me to keep the women in there, don't let anybody in, and it was very obvious what was going on. When the models used to come, he said, 'Get rid of everybody, and leave that one there.' ... I got suspicious about it, but I didn't see it happen.”

One of the women whose name appeared on a money order Scotti showed to prove his claims, however, said the money Cosby gave her was purely a product of his “generosity” and were intended to help pay for her son's boarding school. Read her story at NBC News.

Cosby's lawyer Marty Singer released a statement on Friday regarding many of the allegations against his client:

"These brand new claims about alleged decades-old events are becoming increasingly ridiculous, and it is completely illogical that so many people would have said nothing, done nothing, and made no reports to law enforcement or asserted civil claims if they thought they had been assaulted over a span of so many years….

"This situation is an unprecedented example of the media's breakneck rush to run stories without any corroboration or adherence to traditional journalistic standards. Over and over again, we have refuted these new unsubstantiated stories with documentary evidence, only to have a new uncorroborated story crop up out of the woodwork. When will it end? It is long past time for this media vilification of Mr. Cosby to stop." 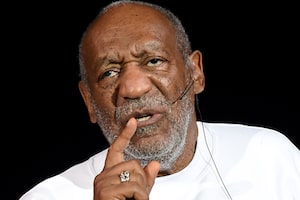