Bergman said it was “unbelievable” to have the access he had to the band. “It was unprecedented for a band of this stature to let a photographer in the inner circle. Don't know any other band that has done it in modern times."

Jon added, "David had the artistic freedom to do what he wanted, but we gave him that access, like he said. You'll see there are pictures in there from me being operated on in the hospital bed. Things that you wouldn't have access to… all the big stuff, but intimate stuff, too."

Bon Jovi also chatted about receiving the 2014 Marian Anderson Award for his charity work with The Jon Bon Jovi Soul Foundation. "It's very prestigious. I'm in amazing company whether it was Barry Gordy or Gregory Peck, Liz Taylor, Dr. Maya Angelou, Sidney Poitier. It was quite humbling. The charity work is a natural extension, so to be in that kind of company is humbling."

As for what he's thankful for this Thanksgiving, Jon said, "Health and the health of my kids, really. Simply comes down to that, as long as everyone's in good health, the rest will take care of itself." 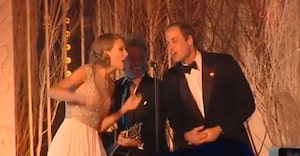 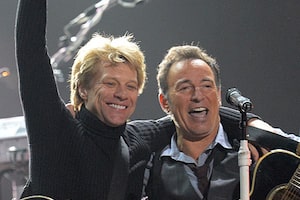 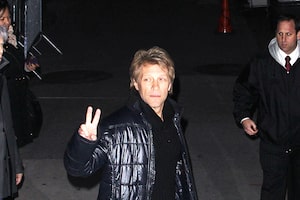