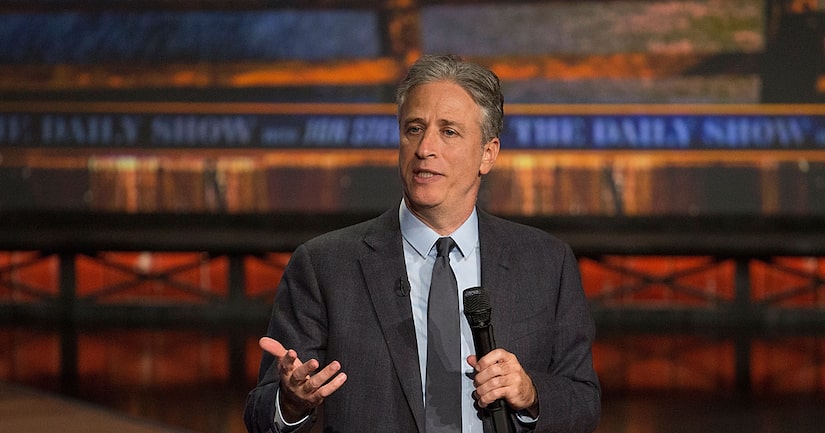 "Extra's" Hilaria Baldwin caught up with Jon Stewart and talked with him about his directorial debut, "Rosewater," along with his predictions on who will run for president in 2016.

Stewart said he believes Hillary Clinton will run, as will New Jersey Gov. Chris Christie. Jon quipped, “If he wasn't running, you think he'd be hanging out in Iowa? I mean, he's Chris Christie."

What about Donald Trump? Stewart said, "No, he's trying to promote the new 'Celebrity Apprentice.' I would love [if he ran], because that would be like that feeling of the Gold Rush."

As for “Rosewater,” the film is based on Iranian-Canadian journalist Maziar Bahari's detainment in Iran after being falsely accused of being a spy following the 2009 Iranian election.

When asked what it was like working with Stewart, Bahari joked, "We had a lot of breakfast. A lot of calories." Jon jumped in, "A lot of profanity… lot of steel cut oatmeal.”