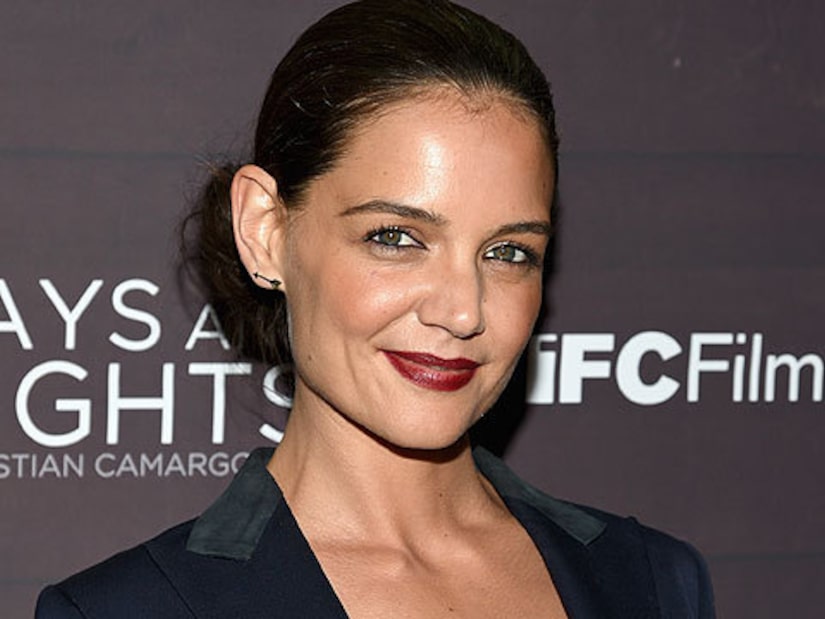 "Extra's" A.J. Calloway sat down with Katie Holmes, and the two discussed her upcoming role in "Miss Meadows," in which she plays a sexy, vigilante schoolteacher.

Holmes said, “It was a fun chance to do a little comedy, and I just liked her."

On her character's sexy side and the movie's love scene, the actress explained, "Miss Meadows... this was her first experience, so I thought it was funny to watch someone of her age kind of go through that and get a kick out of it. She really got a kick out of it, and I thought that was really funny. You don't really think about somebody getting a kick out of it. It's usually something else."

As for Holmes' 8-year-old daughter Suri, the mom gushed, "My little one is doing great… very proud of her."

Katie's next project is reprising her role as Jackie Kennedy in a follow-up to the popular History Channel miniseries “The Kennedys.” Holmes' said, “We are going to do another Kennedys miniseries and it's about life after the assassinations, and I'm really excited. I'm going to direct two out of the four episodes."

Make sure to check out Holmes in “Miss Meadows,” in theaters and on VOD November 14. 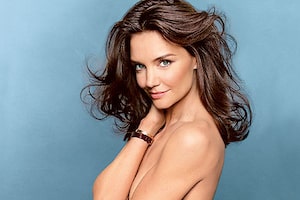 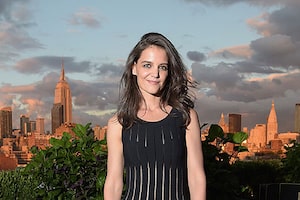 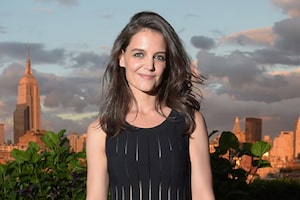 Katie Holmes attended a DuJour Magazine party in her honor in NYC.