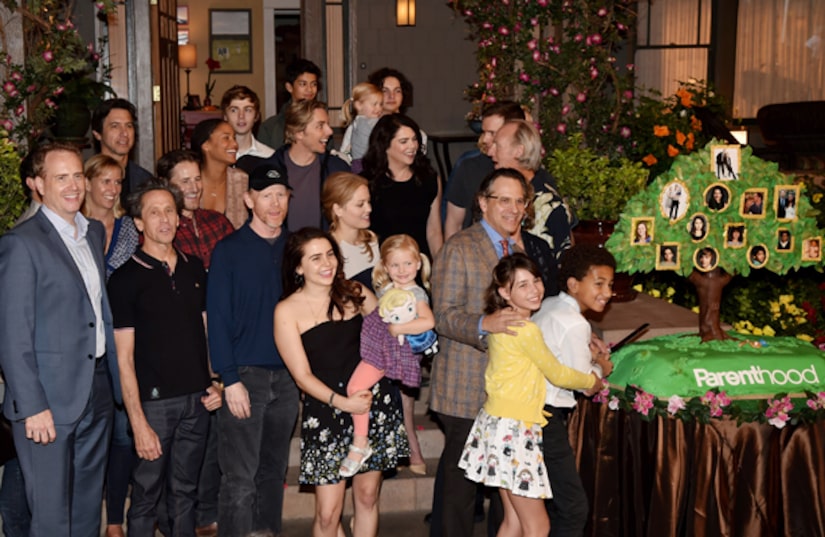 It looked like your typical Braverman family gathering on the set of “Parenthood” on Friday as the gang circled around a giant cake in Adam and Kristina's front yard, but this wasn't just another scene for the hit NBC show.

The party was orchestrated to celebrate “Parenthood's” 100th episode, and everyone who helped make it a reality. Naturally, there was talk of the series finale, which is coming up next year.

ExtraTV.com caught up with creator Jason Katims and the cast to find out more.

Katims told us, “I've never been here before, I've never gotten to 100 episodes of a show, so it is amazing. I honestly didn't realize until I walked into this thing today how emotional it would be. It really makes it feel like a milestone to get to a 100. I'm so proud of everyone and the work that they've done. It is a collaborative effort. It is a team, that's why we are here.”

Celebrating the milestone was emotional for Lauren Graham, who said, “The reason you have a ceremony with a giant green inedible cake… is to just mark the moment. So today feels emotional." 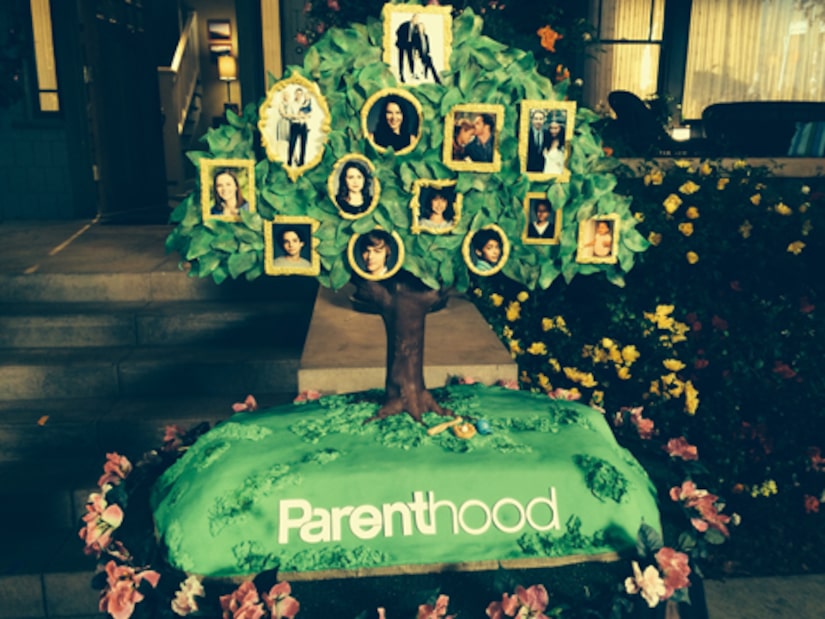 Looking back, Sam Jaeger recalled bonding with his co-stars and how they used Katims' previous show “Friday Night Lights” as a template for creating a family that felt authentic, “We started off just understanding each other really well. During the pilot we shot up in Berkley for a month. I still remember sitting on a queen size bed with Erika [Christensen] and Dax [Shepard] watching most of the first season of 'Friday Night Lights.' So for us that was sort of the template. We saw how lived in that show was and we wanted to bring that family dynamic.”

So what's in store for the beloved Bravermans?

Katims revealed, “My goal for this final season from the first day I got in with the writers until the last day on the set will be to try to make this season great and give this show the ending it deserves. We are trying to give every character on the show, everybody on our cast a story an ending and we are trying to really give a sense of resolution without feeling like it is tied up too neatly.”

He added there is one thing he can guarantee. “What we will do by the end of the season is resolve the Joel and Julia issue one way or another.”