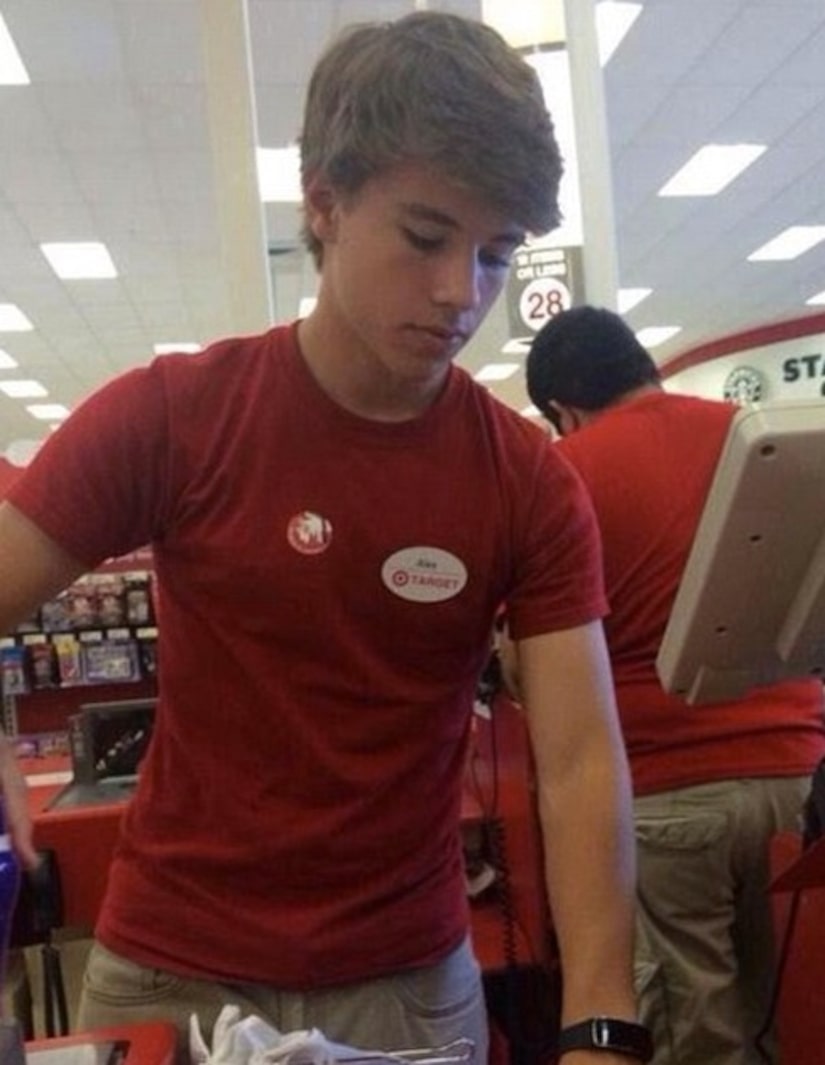 UPDATE: The #AlexfromTarget trend was fake! Find out more.

The Target checkout worker now known as “Alex from Target” has become a global Internet sensation, but his girlfriend isn't all that happy about it.

A photo of high school student Alexander Christopher LaBoeuf from Frisco, Texas, working at his local Target, went viral on Nov. 2, and now the handsome teen has nearly half a million mostly female followers on Twitter.

Alex's girlfriend, Lindsey Diers, at first supported her boyfriend's newfound fame, but when people began to find her online, she started to receive hurtful messages, some of which were death threats.

Lindsey tweeted, “This is kinda scaring me now.” She added, “Thanks to everyone who has supported me through this, it means a lot.”

Target also responded to the buzz, saying, “Usually our new weekly ad is what gets people tweeting on Sundays. So imagine our surprise yesterday when one of our Target team members managed to flood the internet with images of red and khaki without even trying. We are proud to have a great team, including #AlexFromTarget, and are in contact with his store and family. We will keep you posted if he is available for comment, but for now, we would ask you to respect his privacy.”