Troubled star Amanda Bynes was released from the hospital on Thursday night. She was later spotted walking alone down Sunset Boulevard. 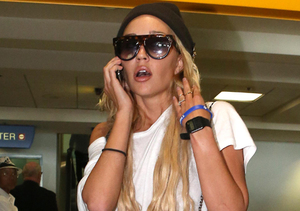 Bynes had been on an involuntary psych hold at Las Encinas hospital in Pasadena since Oct. 10.

Earlier this week, Amanda's mother, Lynn Bynes, was granted a temporary conservatorship, and the former Nickelodeon star's psych hold was extended for another 30 days. Now, all that has changed.

According to court documents obtained by E! News, a status hearing was required within 12 hours of Amanda being released from the hospital into the care of her temporary conservator.

TMZ says a hearing officer felt that Amanda was stable, therefore she could no longer be involuntarily held. He ended the 30-day hold early, and allowed Bynes to leave.

The site says she was later seen walking aimlessly along Sunset Boulevard, possibly looking for a hotel. At one point the 28-year-old stopped for dinner, ate a large meal of fried chicken, salmon and salad. She was pictured at the restaurant alone and was supposedly talking to herself. 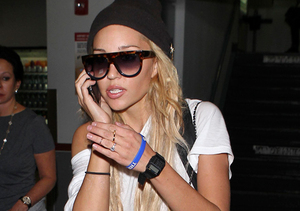