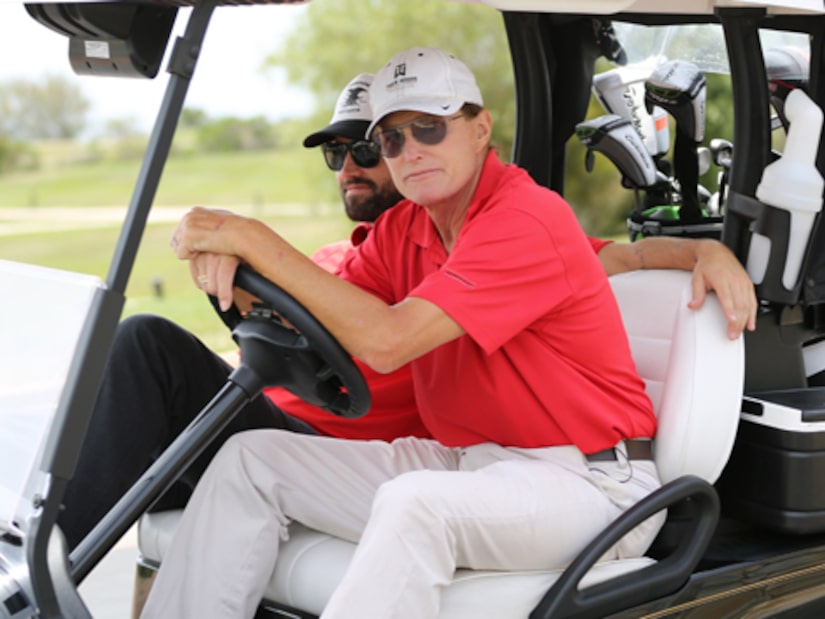 It sounds like there are some meanies at Bruce Jenner's country club.

TMZ reports that more than one patron at the Thousand Oaks club has taunted the avid golfer over his changing appearance.

Sources say one golfer hurled insults at Bruce on the green, yelling, "How's your d**k?" Jenner kept his cool and laughed off the jeer. He supposedly pointed to his crotch, saying, "It's right here. It hasn't worked in 20 years."

Another bully heckled the former Olympian in the locker room, threatening to cut off his ombre hair.

Insiders say Bruce continues to golf at the club religiously and that most members are warm and kind to the "Keeping Up with the Kardashians" star.

Jenner stepped out with hot pink nails this week, fueling speculation that he's seeking gender reassignment, however, his camp continues to deny those rumors.

In other Bruce news, he celebrated his 65th birthday on Wednesday with the Kardashian-Jenner sisters in Malibu. Check out the pic!